Wallace will focus the majority of his efforts on K2 Skis’ domestic sales and will report directly to Tim Petrick, President and CEO of K2 Sports.

“I am thrilled to have Ben Wallace return to lead K2’s sales efforts in the U.S. market,” said Petrick. “Ben was a key member at K2 from 2002-2011, where he progressed from ski product manager to U.S. sales manager for Line/Full Tilt, and ultimately to U.S. sales manager for K2 Skis. His knowledge of the internal workings of K2 and understanding of the needs of our retail partners will allow him to hit the ground running.”

Ben Wallace graduated from the University of Oregon with a degree in business and a minor in economics. A lifelong skier, Wallace coached ski racing at Sugar Bowl, CA for a season following graduation and then worked at Sony Electronics for two years in the Creative Services Department. Prior to returning to K2 Sports in his new role, Wallace was U.S. vice president of sales for POC helmets and protective gear.

“K2 has played a major part in my life, personally and professionally, for well over a decade, and I am thrilled to be returning to lead their domestic sales efforts,” said Wallace. “K2 has world class products, people and a brand heritage with an undeniable spirit that I am very happy to be a part of again. I'm looking forward to working with our retailers across the United States to provide the products and service they need to be successful.”


Based in Seattle, K2 Sports operates 14 brands and has wholly owned subsidiaries in Canada, Central Europe, Japan, Korea and Scandinavia and distribution in more than 60 countries. It is part of Jarden Corp.'s Outdoor Solutions Segment. 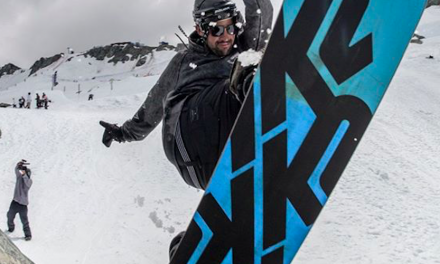