K-Swiss, Inc. saw its tale of two cities scenario become even more pronounced in the 2006 fourth quarter as the companys domestic business continued to contract while the international business continued to expand. The company feels it has the right management in place now to re-position the K-Swiss brand for the future, but still expects that the fruits of their labors will not be realized in the U.S. market until the back half of 2008. Company Chairman and CEO Steven Nichols was once again surprisingly frank in his assessment of the business that included a clear admission that the current woes were entirely the result of K-Swiss actions and he found little reason for key retailers to get back on board until the brand again proved itself worthy of the commitment.

The company reported that total worldwide revenues increased 1.7% to $93.8 million for the fourth quarter of 2006, compared with $92.3 million in the prior-year period. Domestic revenues decreased 18.4% to $52.5 million in the fourth quarter, but International revenues increased 47.8% to $41.3 million. Sales in Europe were 44% for the quarter, accounting for roughly 27% of total worldwide revenues, compared to just 19% of total revenues in the year-ago quarter. Sales in Asia were up 73% for the period, accounting for 12% of total revenues for Q4 versus 7% of revenues in Q4 last year.

Worldwide Footlocker, Inc. revenues made up 12% of total worldwide revenues in the fourth quarter, compared to 16% of sales in the year-ago period. Sales to Footlocker were down 24% for the quarter, while sales to all other customers were up 6% in the aggregate.

The Q4 revenue increase was the result of a 3% increase in units, offset in part by a half percentage point decline in average selling prices. The K-Swiss ASP was $25.71 in Q4, compared to $25.88 in the year-ago period. K-Swiss brand volume was essentially flat for the period. The at-once business accounted for 19% of revenues for the period compared to about 20% of the business in Q4 last year.

Footlocker accounted about 11% of the open order backlog at year-end versus 17% of the backlog figure at the prior year-end, representing a 51% decrease in backlog for the companys largest customer.

Based on the backlog figures and expectations for continued declines in the domestic business, the company expects revenues for the 2007 first quarter to be in the range of $120 million to $130 million, with diluted EPS coming in at 41 cents to 51 cents per diluted share.

Full year earnings are seen in the $1.20 to $1.50 per share range on revenues of approximately $420 million to $460 million. Domestic revenues are expected to decline roughly 30% for the year.

First quarter revenues are expected to decline 16%, while Q2 is forecast to fall 30% and Q3 to be down 17%. The company sees revenues increasing 7% in the fourth quarter, which would require a leveling off of the domestic backlog declines and “very significant” revenue growth in Europe.

Mr. Nichols said the Europe forecast is a concern at the moment since backlog is up less than 10% for the second quarter.

Apparel is expected to hit the Europe market in the third quarter. Mr. Nichols said apparel currently accounts for 1% to 2% of the overall business, but he is eyeing percentages closer to the competitions number of about 20%.

Owned-retail is also an initiative going forward, but the U.S. probably wont see any concept stores until 2008 some time.

OIA Opens Nominations for Board Members… 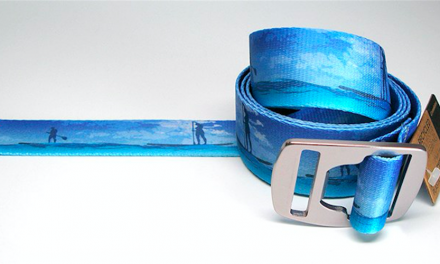