Johnson Outdoors Inc. said it swung to a fourth-quarter ending Oct. 3 loss of $74.6 million, or $8.18 a share, after recording asset impairment charges and a deferred tax asset valuation allowance. It earned $900,000, or 10 cents a share, in the prior-year quarter. Sales slipped to $81.8 million from $87.3 million, with marine electronics revenue down on weak boat markets and diving and watercraft revenue also falling.

It also added it was intensifying efforts to reduce operating costs, working capital and capital spending by more than $30 million combined, including by reducing its headcount by 7%.

“This was a challenging year and given the 2009 economic outlook, we are acting quickly to protect profitability going forward while making smart investments behind future growth opportunities. While we work to scale back our cost-structure, we remain focused on leveraging our marketing and innovation expertise to create consumer demand and drive increased volume in the year ahead. We have tremendous brand equities that held or gained share throughout 2008 due to innovative new products that generated a third or more of total company sales for the fifth straight year,'' observed Helen Johnson-Leipold, chairman and CEO.

The net loss included non-cash goodwill and other intangible asset impairment charges of $41.0 million and a non-cash deferred tax asset valuation allowance of $29.5 million. It compared to net income of $0.9 million, or 10 cents a share, for the prior year quarter.

In its statement, Johnson noted that while intangible asset impairment charges and the deferred tax asset valuation allowance are non-cash charges with no impact on the company's day to day operations, they are reflected on the company's balance sheet and are used to help calculate various financial performance measures included under the company's debt agreements. Although the company remains current with scheduled principal and interest payments, as a result of these non-cash charges, the company is in breach of the net worth covenant in its debt agreements, and is working with its banks to amend the agreements. Unless these agreements are amended or the company receives a waiver through 2009 on this and other covenants, the debt would be reclassified as short-term as of October 3, 2008.

“The outdoor recreational industry is particularly volatile during uncertain economic times, which is why we have moved decisively to align operations for greater flexibility in addressing the ebb and flow of our markets and by doing so, enhance profitability and cash flow. Importantly, targeted cost savings and spending reductions are highly strategic, intended to scale our cost structure to the current environment while maintaining our competitive position in the coming year and beyond,'' stated Johnson-Leipold.

The company's cost-reduction plans reflect the impact of the current unprecedented economic and financial environment on seasonal outdoor recreational markets. Key elements of the plans are:

Aggressive cost-saving initiatives include, among others: consolidation of dive computer manufacturing, 20% reduction in SKUs across all businesses, 7% reduction in headcount and wage freeze. Peak working capital reduction is expected to result from investments in improved forecasting, production planning and inventory control processes and systems. Capital spending plans reflect the company's on-going commitment to be the innovation leader in its markets.

Fourth quarter results historically reflect a loss due to the slowing of sales and production of the company's seasonal outdoor recreation products. The rapid and steep economic downturn led to a 6.4% decline in sales and a higher than normal operating loss during the quarter. Key drivers during the quarter were:

* Marine Electronics Group revenues fell 10.6%  behind last year's fourth quarter due to the effect of weak boat markets. The Geonav acquisition added $2.1 million to Marine Electronic sales for the quarter.
* Diving revenues dipped 3% below last year as continued growth of the Seemann brand in and favorable currency translation were not enough to offset softening sales in other key international markets.
* Watercraft revenues compared unfavorably to the prior year quarter as customers held back reorders due to mounting economic uncertainties, diminishing solid gains for the segment during the first six months of the year.
* Outdoor Equipment revenues increased 6.4% due to limited growth in military, commercial and consumer sectors.

The company reported a net loss of $74.6 million ($8.18 per diluted share) during the seasonally slow fourth quarter versus net income of $0.9 million in the prior year quarter.

* Deteriorating economic conditions during the fourth quarter which impacted all brands and all channels
* Lower domestic sales in Marine Electronics due to a weak boat market
* A $6.6 million decline in military sales
* Lower-than-normal reorders in Watercraft
* Successful new products, growth in Seemann and favorable currency in Diving

Operating loss for the year was $38.1 million compared to operating income of $20.0 million in 2007. Key factors driving the year-over-year changes included:

* Goodwill impairment charges of $41.0 million in the fourth quarter
* Restructuring charges in Outdoor Equipment, Diving and Watercraft
* Significant decline in military sales
* Reversal of accruals related to the company's discretionary bonus and compensation plans
* Reduced margins in Marine Electronics due to lower volume, product and geographic mix, and start-up investments in Geonav

Further commenting, Johnson-Leipold said: “Across every business there is an outstanding line-up of new products for 2009 which will be critical in an economically challenging year. The inherent challenge of doing business amid such economic volatility demands our readiness and commitment to take actions necessary to preserve the long-term sustainability of the enterprise. We believe in the future of Johnson Outdoors, and are doing the right things to ensure we weather the storm, maintain our market leadership positions and prepare for growth once the economy and marketplace rebound.''

“In recent months, projected future cash flows have been negatively impacted by the turbulent economy and declining markets, hitting their lowest level concurrent with our annual goodwill evaluation in accordance with SFAS No. 142. Importantly, this non-cash charge does not reflect our strong belief in the power of our brands or their future potential,'' said David W. Johnson, VP and CFO.

On December 4, Johnson's board of directors voted to suspend quarterly dividends to shareholders. 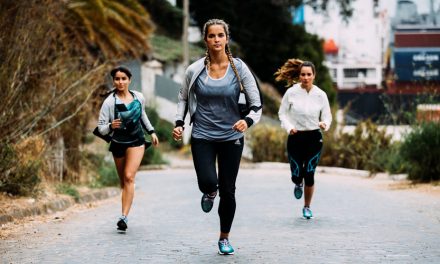