Integration and restructuring expenses in the Outdoor Solutions segment totaled $9.4 million in the quarter and were attributed to charges primarily related to the ongoing K2 integration.   Management expects that by 2010 there will be no further integration and restructuring costs.
Excluding acquisition and integrated-related expenses, depreciation and amortization, segment earnings would have declined 12.3% to $51.9 million, compared to $59.2 million in Q1 2008.
The outdoor segment was impacted most by the strengthening of the U.S. dollar since last year, said Jarden Corp. Chairman and CEO Martin Franklin.  He suggested that Jarden Outdoor Solutions (JOS) accounted for $35 million of the $54 million of negative foreign exchange fluctuations in the first quarter sales. Excluding this foreign exchange movement, JOS sales fell by about 5% during the quarter, with operating segment margins essentially flat to the 2008 first quarter.
When asked when management might have an idea that they wont see a repeat of what happened at Coleman a few years ago with retailers de-stocking at the end of the season, Jarden Corp. President and COO Jim Lillie indicated that they now have their arms tightly around the business.  “We've got visibility into our performance and how the categories are performing,” said Lillie. “The issue of a couple years ago, quite frankly, was not having as much attention to the details.”
Mr. Lillie said that Coleman sell-in was good for first quarter and they are now at a point going into Q2 where they begin to see reorders.  He said Q1 sell-in for the Outdoor Solutions business “really met” expectations.  “If you look at the products that sell in strongly in Q1, it's really the Coleman camping, the fishing-related products and the team-sports-related products,” Lillie continued. “But the sell-through of those products doesn't really occur until mid-March, which is really at the end of the quarter,” indicating that re-order activity was on pace with what they would expect.
Lillie indicated a lot of the investment in the business has been on the IT side.  “We're now at a point where we think we have the visibility to avoid situations like that and be the first one at the door when there's an opportunity,” he said.
The quarters inventory levels were more than $100 million lower than at March 31, 2008 and nearly $59 million lower at year-end. Jarden recorded positive cash flow from operations for the first quarter for the first time in five years, which Franklin attributed to proactive inventory management programs, partially offset by decreased cash flow from other working capital due to the lower sales and purchase volumes.
Jardens consolidated net sales for Q1 were down 6.4% to $1.14 billion, compared to $1.21 billion in Q1 last year. The decline was primarily due to $54 million of unfavorable foreign exchange fluctuations and $21 million of lower sales of Processed Solutions, said the company. 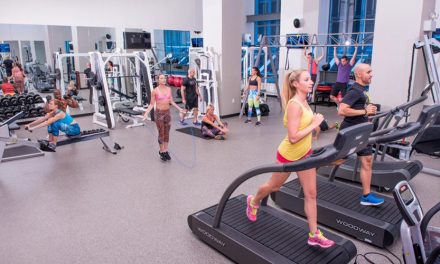 Former PSG Chairman to Not Seek Board Seat