Jarden Corporation announced that it has completed its acquisition of
K2 Inc. The transaction is valued at approximately $1.2 billion,
including the assumption or repayment of indebtedness. Under the terms
of the agreement, K2 shareholders received 0.1118 of a share of Jarden
common stock plus $10.85 in cash, for each share of K2 common stock
held at closing.

As previously announced on April 24,  Jarden entered into a definitive
agreement under which Jarden has now acquired all of the outstanding
shares of K2 common stock. The transaction was completed yesterday,
following approval of the merger by K2 shareholders at a special
meeting of shareholders. With the closing of the transaction, trading
in K2 common stock was halted at the close of business yesterday.

In connection with the completion of the acquisition, K2 purchased, as
part of its previously announced tender offer and consent solicitation,
approximately $199 million, or approximately 99.5%, of the aggregate
principal amount of its outstanding 7-3/8% Senior Notes due 2014 (the
“Notes”). As a result of the purchase, the amendments to the Indenture
pursuant to which the Notes were issued, effected by the Eighth
Supplemental Indenture, became operative.

The combination with K2 strengthens Jarden's Outdoor Solutions segment
through the addition of brands such as K2, Marker, Marmot, Penn,
Rawlings, Shakespeare, Volkl and Worth.

Commenting on the transaction, Martin E. Franklin, Chairman and Chief
Executive Officer of Jarden, said, “We are extremely pleased to
announce the completion of our acquisition of K2. This accretive
transaction represents the continuation of our strategy to create
shareholder value by building our portfolio of diversified,
market-leading, niche consumer product brands through acquisitions and
organic growth. Adding K2's broad range of well- known brands to our
already diverse portfolio creates cross-selling opportunities both
domestically and internationally, expands our presence in specialty
channels, and offers both future revenue and cost synergy
opportunities. In addition, adding K2 has the effect of flattening
Jarden's working capital cycle, as the first quarter has historically
been Jarden's highest cash flow use quarter and K2's strongest cash
flow quarter. Finally, I would like to welcome all of K2's employees to
the Jarden family and look forward to working with them to maximize the
opportunities this transaction will bring to Jarden.”

Richard J. Heckmann, K2's Executive Chairman of the Board, said,
“Through our merger with Jarden, we have delivered value to our
shareholders, joined two companies with a shared culture of developing
strong brands and highly valuing our employee base, and formed a strong
platform from which to grow the businesses. We have worked closely with
Jarden over the last several months to prepare for a smooth transition.
Now that the merger has been completed, I look forward to joining
Jarden's board of directors later this year and helping to guide the
future success of the combined company.” 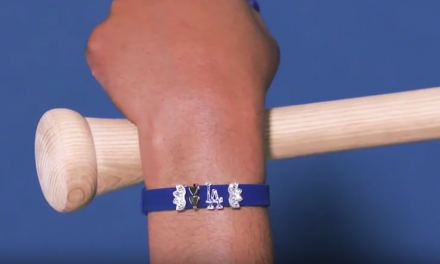