Debt securities issued by Jack Wolfskin GmbH have dropped between 9 and 13 percent in value in secondary trading markets in the last month, according to a report by Reuters that cites trading data collected by its affiliate, Thomson Reuters LPC.

Data from the service, which tracks trades in Europe’s secondary debt markets, shows Jack Wolfskin’s euro term loan B dropped around 9 points in a month and was quoted at 90.1 on Dec. 8 from 99 on Nov. 7. Trades of its second lien dropped 13 points to 84.3 on December 8 from 97.3 on Nov. 7.

Jack Wolfskin GmbH, which is Germany’s largest domestic outdoor apparel brand, reported sales declined 7.9 percent in 2013 due in part to fierce competition in its home markets of Germany and Austria and a restructuring of its sales force. The company said sales of its outdoor apparel, footwear and equipment reached €324 million, or about $430 million using the average euro to dollar exchange rate for 2013.

Jack Wolfskin has been pushing hard to become the dominant pan-European outdoor brand since being acquired by Blackstone for €700 million, including €485 million in debt. However, the company may be getting outmaneuvered by The North Face which helped Europe’s largest sporting goods retailer – Zurich-based Intersport International Corp. GmbH – launch its first pan-European marketing campaign for an outdoor product in September, 2013. The campaign focuses on the TNF Exploration Triclimate 3-in-1 jacket, one of a several garments TNF has designed exclusively for Intersports European franchisees, which account for nearly 17 percent of sporting goods retail sales in Europe. 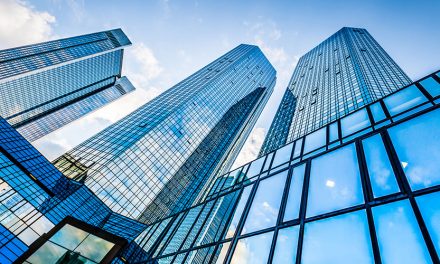