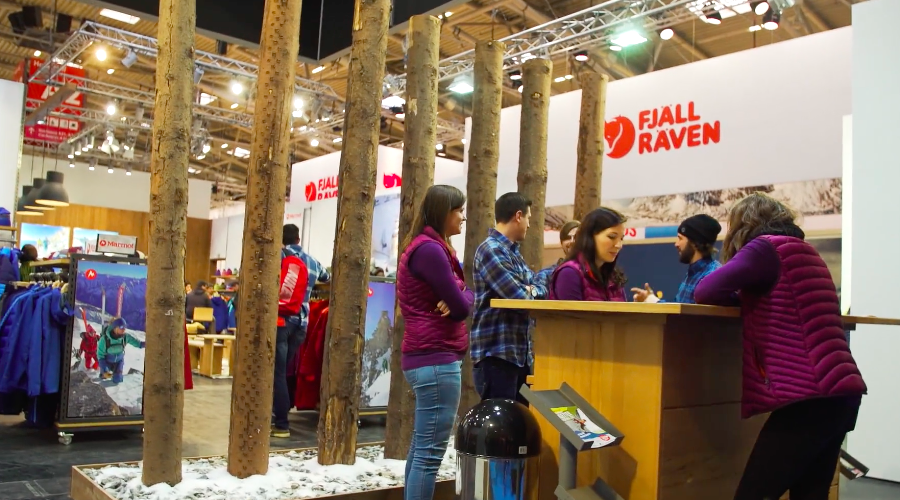 Attendees came from 120 countries. Organizers said this year’s ISPO Munich was more international than ever. The largest increases came from Italy, Russia, Great Britain, China and the United States — in that order.

According to Gelszus Market Research, making the trip to the fair was worthwhile: 97 percent of visitors gave the exhibition a rating of good to excellent. Organizers said healthy winter conditions across many key regions globally supported the show.

“Even in the digital age, the analog world is indispensable. That was clearly noticeable at ISPO Munich. This is where strategies are developed and partnerships formed in personal exchanges,” said Klaus Dittrich, Chairman & CEO of Messe München, in a statement.

ISPO’s wrap-up release noted that one continuing trend seen at the show is the growing importance of technology. Stated Dittrich, “Electronics continues to make its way into the sporting goods sector more noticeably than ever.” Products that were on display included ski poles equipped with sensor technology, virtual-reality headsets for a more emotional shopping experience and a digital ski trainer in an inlay sole.

Women in sports was also a central theme this year. The event included a Women’s Lounge meeting place that allowed a large number of female industry representatives to make new contacts. Special tours to the booths of manufacturers such as Vaude and Garmin and a lecture program geared toward women attracted female visitors in large numbers. The FC Bayern Munich Women’s Football Team also appeared impressed during their tour of the exhibition.