As Hurricane Isabel tore through the Mid-Atlantic states last week, it reportedly had mixed results on sporting goods vendors and retailers. There was even a small hint of a silver lining in the dark clouds for at least one retailer that opened a new store as the storm loomed.

A local paper in Richmond reported that over 7,500 people showed up in driving rain and wind to pick up supplies and see the new shopping experience at Galyans new Stony Point Mall location. In the first hour, Galyans reportedly unloaded 150 raincoats and completely sold out of lanterns and propane.

Galyans was forced to close the store on Thursday and had no power on Friday. The Grand Opening scheduled for the weekend had to be re-scheduled. The rest of the mall closed early on Thursday, at 2pm, but the Manager of the new store said he would remain open as long as there were customers.

The retailer said both its Fairfax, VA and Gaithersburg, MD stores closed early Thursday and opened Friday without incident.  With government offices and schools closed late in the week, the two locations saw a lot of  extra traffic.  Both also sold a lot of “survival products” such as propane, water containers etc.

Dicks Sporting Goods officials told SEW that the company only did one “board-up” — at the Virginia Beach store — to prepare for the storms arrival.

“We only expect to see some short-term effect — a few hours to a day — from the storm”, said Jeff Hennion, Dicks VP of Finance. “The (impact) was a lot less than expected”. Hennion said the company expected all stores to be on line and operating on Saturday, indicating that Isabel would have no real impact, up or down, for the sporting goods retailer.

Fila USA closed their Sparks, MD headquarters on Friday and many other businesses pulled the plug as Maryland, Virginia and Eastern North Carolina took the brunt of the storm that saw more than 6 million residents without power late in the week. 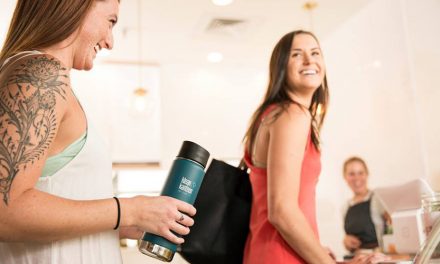