Under the new process, companies will submit their petitions for temporary duty relief on imports directly to the International Trade Commission (ITC) rather than through individual membersof Congress through so-called “private bills.” The agency will then review the petitions and submit its recommendations to Congress.

The ITC is expected to announce key deadlines and other details for the first round of petitions since MTB relief expired in 2012 in the coming weeks.

Duty relief granted under the previous MTB expired at the end of 2012 when the Republican leadership put the process on hold after concluding it represented the kind of earmark spending that exacerbated the federal deficit.

Under the new process, companies seeking duty relief would petition the ITC and make the case for lower duties on the products they import. The ITC is tasked with vetting petitions and determining estimated costs of a duty reduction and the likely beneficiaries.The ITC will recommend reductions, suspensions or no action on tariffs for imported items either in short supply or not available in the United States. Items that are not mined, grown, manufactured or readily available in this country would be eligible for MTB duty relief provided they meet certain conditions.

Next MTB not expected until late 2017
The ITC would publish notice in the Federal Register requesting petitions and detail the contents of the petition no later than October 15, 2016.  The ITC would also seek public comment on the petitions it has received.  After receiving comments, the ITC would send preliminary and final recommendations to the Senate Finance and House Ways and Means Committees to act on. The committees would be able to remove tariff reductions or suspensions recommended by the ITC, but could not add tariffs that have not gone through the agency vetting process or are not recommended by the ITC.

“If everything goes according to plan, Congress will pass the next Miscellaneous Tariff Bill before the end of 2017, almost five years after the last MTB expired,” stated Ways & Means Ranking Member Sander Levin.

“The Sports Fitness Industry Association (SFIA) is pleased that congress has worked with this administration to resolve the ‘earmark’ issue, said SFIA President and CEO Tom Cove. “We look forward to pursuing potentially tens of millions of dollars in duty relief for our member products.”

Duty relief is limited to $500,000 per year per petition, but products can be broken into smaller subsets to maximize duty relief.

SFIA will organize petitions for products important to its members and provide answers to questions about drafting petitions. Interested manufacturers are encouraged to contact Bill Sells, SFIA Vice President for Government Relations & Public Affairs at bsells@sfia.org to learn more about the upcoming petition process.

Under Armour Signs on as Presenting Sponsor of Fight Night 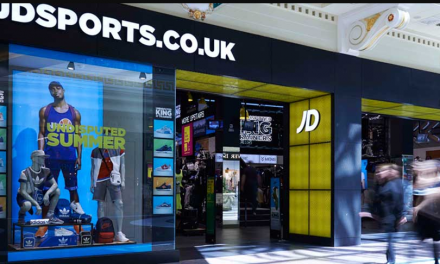