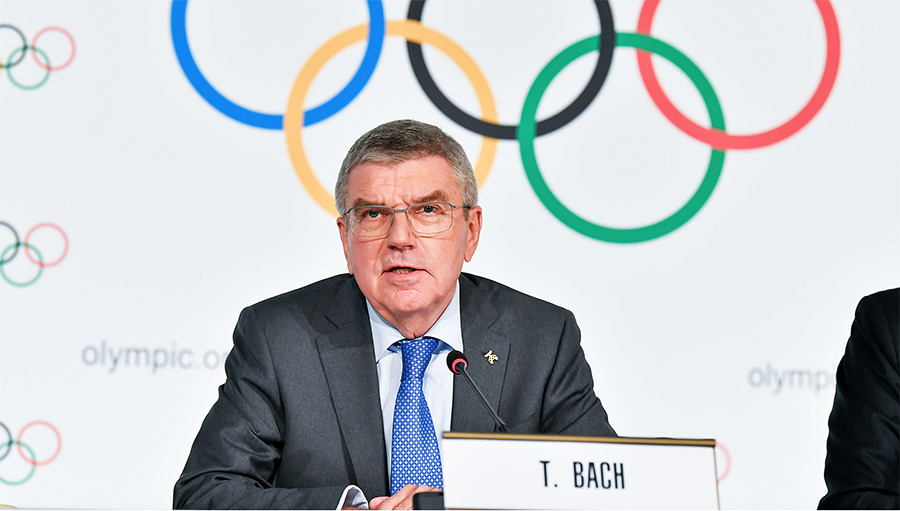 The International Olympic Committee (IOC) on Sunday said it is considering postponing the Tokyo 2020 Games and would make a final decision within four weeks.

International Olympic Committee President Thomas Bach sent a letter to athletes explaining the decision, while also acknowledging the extended timeline might not be popular.

“I know that this unprecedented situation leaves many of your questions open,” he wrote. “I also know that this rational approach may not be in line with the emotions many of you have to go through.”
The IOC’s move seemed inevitable for weeks with pressure mounting from all quarters — athletes, sponsors, broadcasters and more than 200 national Olympic committees, and international sports federations. Later on Sunday, both Canada and Australia said they will not send teams if the games are staged this year. Other national Olympic committees — including Brazil and Norway — have released statements calling on the IOC to postpone.
Photo courtesy IOC/Christophe Moratal