Interbike Sees Most Productive Year Yet

Buyers and manufacturers rolled into Interbike a week ago in a very confident mood. Strong spring and summer sales had led to breakout years for many companies and retailers. Best of all, the growth was coming from several different categories as BMX, road bikes and the freeride mountain bike category all paid off on their pre-season promise.

The annual trade show, which showcases the latest in cycling products and trends from well over 1,000 exhibiting brands, attracted over 19,300 retailers, distributors, manufacturers, media and cycling celebrities from around the globe. Now in its third year, the two-day OutDoor Demo was bigger and better than ever, followed by a three-day Interbike Expo that covered more than 15 acres of floor space.

“We bring our retailers in for a private event in mid-July but Interbike allows us the opportunity to close the loop from that event,” said John Thompson, of Specialized Bicycles. “Its been a fantastic show for us and tying up those loose ends makes it worthwhile.”

Chris Zigmont, of Mavic-adidas cycling, whose booth is directly in front of the main entrance, was similarly impressed. “It is clear to all of us here that the industry is thriving and so is Interbike. The expo front door has been busy and no one has a better view than us,” he said.

“We bring 8 staff members here, which is almost our full staff,” said retailer Matt Lolli, of Pedal Pusher, in Middletown, CT. “A lot of those guys are first timers here and were taking advantage of every seminar we can. Its good to learn from the people who make and work with the product every day.”

“In my some 20 years of attending Interbike this was by far the busiest and most productive 5 days ever,” said Scott Montgomery of Scott USA. “It was non-stop action from the start of Outdoor Demo until the close on Friday. In fact we were sitting in our booth at 5:30pm Friday with a new customer as booths around us were beginning to come down.”

“Weve had a great time out here in Boulder City,” said Mike Varley, of Haro Bicycles. “Were launching a new full-suspension platform here and the feedback has been incredible. No catalog or video can describe ride quality. Getting dealers out on trails has made all the difference for us this year. The opportunity to offer new product demonstrations is the perfect complement to showing it on the show floor.”

Retailers attend OutDoor Demo to get saddle time on the bikes theyll be selling next year. Shane and Julie Wilson, of Discovery Bicycles, in Hood River, OR made the most of the day. “We love Outdoor Demo Day. Its one of the highlights of the year for us. We use these two days to focus on our brands. Riding the full range of bikes available from our brands helps us develop better planning for our upcoming orders at the Expo. Ive discovered a few bikes out here over the years that I wouldnt have otherwise ordered.”

“The Outdoor Demo is great,” said Erick Ross, of Seattles Bike Sport. “Our entire staff comes out and we compare our brands against our competitors. We believe this gives us a real advantage on the selling floor. This hands-on experience combined with the sales and technical seminars at the Expo is valuable education for our staff, especially the new guys. Our storeowner understands that we all benefit from our time here, which in turn benefits the store. We have a good time here, too.”

The BMX section of the show was jammed for three straight days, as both established companies and emerging upstarts showed off new bike and component designs. In comparison to last year, there were many more exhibitors showing BMX apparel and lifestyle soft goods, giving a preview to a another possible sales category for 06.

Carbon fiber was definitely the material of choice at Interbike 2005. Bike frames, shoes and countless components are now made of the “black magic” material. Manufacturers have made unbelievable product development strides, resulting in super-light bikes that sacrifice nothing in terms of performance. While carbon fiber has been around for over 20 years, todays market offers price-competitive carbon bikes that would have been unheard of just a few years ago.

Mountain bike category development continues to be dominated by freeride bikes. In the very recent past, longer-travel full-suspension bikes paid a weight penalty for their downhill performance. Thanks to some sharp engineering, however, todays freeride bikes have lightened up considerably, making them far more versatile. As noted in The B.O.S.S. Report, ski resorts are rapidly realizing the business potential of catering to the freeride market, to bump up summer business at the resorts. Whistler sets the standard for mountain bike facilities among the resorts, but several others are hot on the trail.

On the road bike front, the big news was the first North American viewing of SRAMs new road group, scheduled for release in 2007. SRAM officials were tight-lipped, pointing to the official news release, slated for October 13. The group was displayed under glass and SRAM went as far as arranging for a uniformed policeman to monitor the case. (OK, it wasnt a real cop. She was a model in a cop outfit, but its Vegas!).

“This show is always fun to produce,” said Lance Camisasca, Interbike show director, “but in a year like this, when everyone is so positive, its really a joy. So many companies stepped up this year and pulled together that it made for a wonderful show experience.” 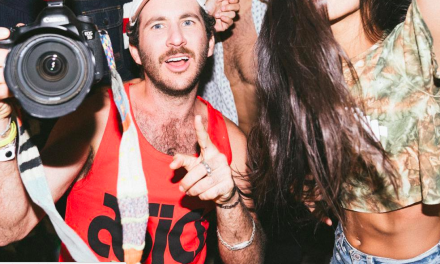