Interbike announced the formation of an exhibitor advisory panel made up of 11 executives representing a broad range of manufacturers, suppliers and distributors operating within the international bicycle community.

The exhibitor advisory panel will meet approximately once every quarter to discuss ways to augment and improve the Interbike experience for exhibitors and retailers for this year's show and the evolution of future Interbike events as well.

“Each member of the panel was selected for their industry experience and range of product type, with the goal to represent the many perspectives active on the Interbike floor,” said Andy Tompkins, Interbike show director. “In addition to the exhibitor advisory panel, we are in the process of assembling independent sales rep and retailer advisory panels and will connect these groups throughout the year to include all of our show participants in the ongoing conversation about how we can make the industry's event better.”

The exhibitor advisory panel consists of the following individuals:

“Interbike has always been very receptive to exhibitor feedback,” said Eric Hawkins of Park Tool. “This advisory panel builds on that process by providing a regular, formal avenue for us to have an open dialogue with the goal to make a great event even better.”

The panel's first meeting is scheduled for February 23, 2011 and will help supplement recommendations and on going feedback the show receives from industry partners the Bicycle Products Suppliers Association, Bikes Belong Coalition, the National Bicycle Dealers Association, and the industry at large.

The exhibitor advisory panel is the latest in a series of efforts undertaken by Interbike to increase interaction with show stakeholders. Earlier this year, Interbike hired New York-based Harvey Research to survey bicycle retailers and exhibitors to better understand the show from the audience's perspective.

In addition to its formal outreach efforts, Interbike wants to foster an “open door” policy of communication. Any of the executive, operations and sales team members can be reached by phone or email. To find their contact info, go to the Contact Us page on www.interbike.com.

Interbike is a business unit of Nielsen Expositions, the parent company of the Outdoor Retailer (OR) and Health+Fitness Business expos.

The Interbike 2011 trade-only events begin with OutDoor Demo (September 12-13, 2011 in Boulder City, Nevada), followed by the Interbike Expo, September 14-16 at the Sands Expo and Convention Center in Las Vegas, Nevada. 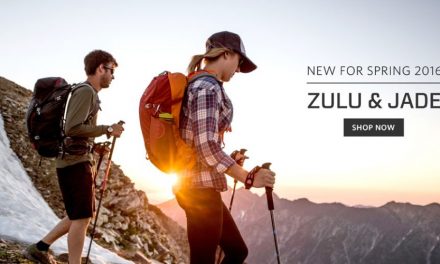 Gregory Sales Up High-Teens Through First Half