Emerald Exposition reported last week that 75 percent of the bike dealers contacted in the months leading up to Interbike said they would not attend this year’s show either because they could not afford the trip or had to remain at their shops to make up for sales lost over the last 18 months.

The company said Interbike managers hired a third-party telemarketing firm to poll retailers on why they were not planning to attend Interbike. Results indicated that more than 75 percent of those reached could either not afford the trip, or could not afford to leave their store as they needed to help drive sales due to the poor overall 2014 business climate. A spokesman for Interbike reached Friday could not confirm how many dealers responded, but said about 3,000 were contacted.

“IBDs operated in a difficult business climate during 2013 and the early part of 2014 – due in large part to the late arrival of spring in much of North America and Europe last year,” Emerald Exposition said.

Emerald Expositions reported overall attendance at Interbike was down slightly from 2013 due to the proximity of Euro Bike and massive rain storms that delayed flights and closed Interstate 15 leading into Las Vegas and a continued decline in attendance at Health+Fitness Business Expo (HFB), due in part to the absence of three major brands, which opted out of the show this year.

“The retail fitness industry has been in a state of decline since 2008, and the number of retailers is lower than ever before, “Emerald Expositions noted in a release. “Combine this with the fact that the product cycle for the fitness industry is every 6-7 years, and manufacturers just dont have the need to show new product at an annual trade show.”

As a result, Emerald said HFB will cease to operate as an independent event. Instead, it will offer health and fitness brands space at a new HFB neighborhood that will be introduced on the Interbike show floor in 2015.
Attendance on Friday for the Customer Appreciation Day was up 31 percent over 2013 and traffic remained steady throughout the day. Emerald said it leased the same amount of net square feet as it did in 2013 to the same number of exhibitors (1,400+).

While attendance numbers are certainly a measurement tool when gauging the success of an event, its not the only one, said Pat Hus, Vice President of Interbike. At the end of the day, the quality of the show experience is most important. When we hear that retailers brought in new brands, purchased product,  met with company executives, networked, learned from the seminars, etc-we know that the show was a success. 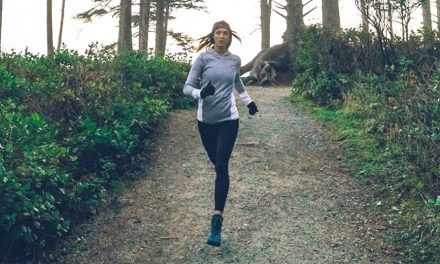