Quiksilver reaffirmed its guidance for the fourth quarter and fiscal year 2005, but guidance for 2006 was lowered below the levels originally anticipated when the company first acquired Rossignol. The lowered guidance is mainly due to the acceleration of U.S. integration efforts in Park City and the delay of production integration efforts in France in preparation for the 2006 Winter Olympics in Torino, Italy. Interest rates and currency fluctuations between the U.S. Dollar, the Euro, and the Australian dollar will also have a negative impact on ZQKs earnings next year.

Management had not issued previous guidance, but said they believed the consensus EPS expectation of 98 cents for 2006 was achievable. But, after completing detailed planning for 2006, ZQK no longer feels that target is appropriate. Quiksilver now estimates 2006 earnings of 87 cents to 88 cents per share on sales in the range of $2.25 billion to $2.27 billion, or relatively flat earnings growth compared to the projected earnings of 86 cents to 87 cents for fiscal 2005. This 11 cents reduction in earnings for 2006 is made up of roughly five to six cents in currency translation and interest expense, with the remainder due to the Rossignol integration. Quiksilvers combined operating margin should decrease in '06 according to management with “a lot of that” decline rebounding in 2007 and a full recovery in 2008.

Rossignols business today is seasonal, and while Quiksilver did not provide firm guidance, the company did say that a large portion of earnings next year will be reported in the fourth quarter, since Q4 will contain the bulk of the shipping for the winter season. The fiscal third quarter will be “significantly less profitable” than Q4 because of the off-season losses typically associated with the alpine ski business. Quiks Q2 will also be weak for the alpine ski business, but this will be offset by the seasonal strength of Quiksilver's core business in Q2.

The on-going integration is making progress in the U.S. with the consolidation of all of Quiks brands in Park City. Throughout the first and possibly the second quarter of 2006, Quik will be operating parallel headquarters in Vermont and Utah, consolidating everything in Utah by August. European integration will move somewhat slower. Quiksilvers president, Bernard Mariette, said that they would delay the French consolidation for roughly six months because they do not want to disrupt the supply and sourcing structure while the company is preparing for the 2006 Olympics. In spite of the delay, Quiksilvers management sees the European integration as a much easier process.

“In the U.S., the move we're doing is just that we're moving people from Burlington to Park City The move we're going to do in Europe is not drastic like that,” Mariette said during a conference call with analysts and the media. “We're going to gather everybody under the same roof in order to create efficiencies, more dynamic and creativity. But the people today are living within, like, 30 miles, 50 miles of the current location. We're not going to see the similar type of costs.”

As part of the integration, Quiksilver anticipates eliminating about 10%, or 250, of the Rossignol work-force in 2006 as the company consolidates headquarters, manufacturing, warehousing, and distribution facilities. Quik management sees eliminating another 200 positions in 2007. 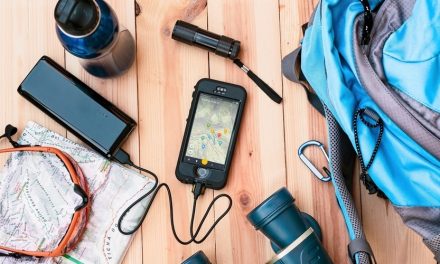