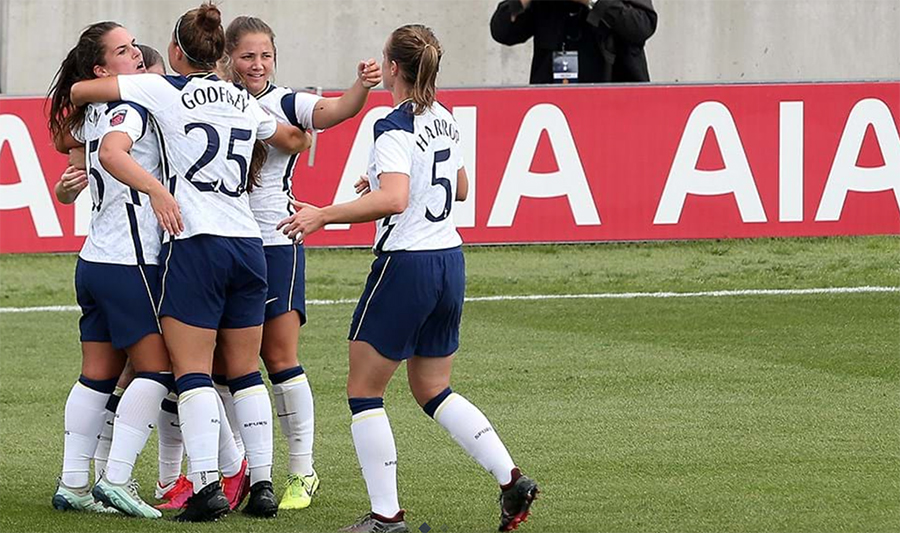 Based in Tottenham, North London, the men’s team competes in the English Premier League and has also qualified to participate in the UEFA Europa League this season, while the women’s team is currently on their second season in the Women’s Super League – the top-flight of English women’s football.

The partnership will provide players with sideline access to Hyperice products during first team games for men’s and women’s teams. Custom ‘HyperKits’ will house the Hypervolt, Hypersphere Mini, Vyper and Venom lines. The partnership will also include exclusive content developed in collaboration with the Tottenham Hotspur medical staff, for the newly launched Hyperice App.

“In Tottenham Hotspur, we have found a partner that not only believes in our mission, but matches our passion in pursuing it,” said Joe Cannon, vice president of business development of Hyperice. “From their world-class medical staff, state of the art training facility, to their incredible Tottenham Hotspur Stadium, the Club continues to push the possibilities of innovation and player care.”

Fran Jones, head of partnerships for Tottenham Hotspur, said: “Hyperice has quickly established itself as a leading brand supporting athlete recovery. They have a number of global sporting partners including the NBA and UFC, so we are delighted that they have chosen Tottenham Hotspur as its first partner in both men’s and women’s professional football.”

Geoff Scott, Head of Medicine and Sport Science for Tottenham Hotspur, said: “We are constantly striving for technologies and solutions to aid the recovery of our players and maximize performance. In Hyperice, we are proud to be working with a partner that benefits player recovery in a really innovative and progressive way.”