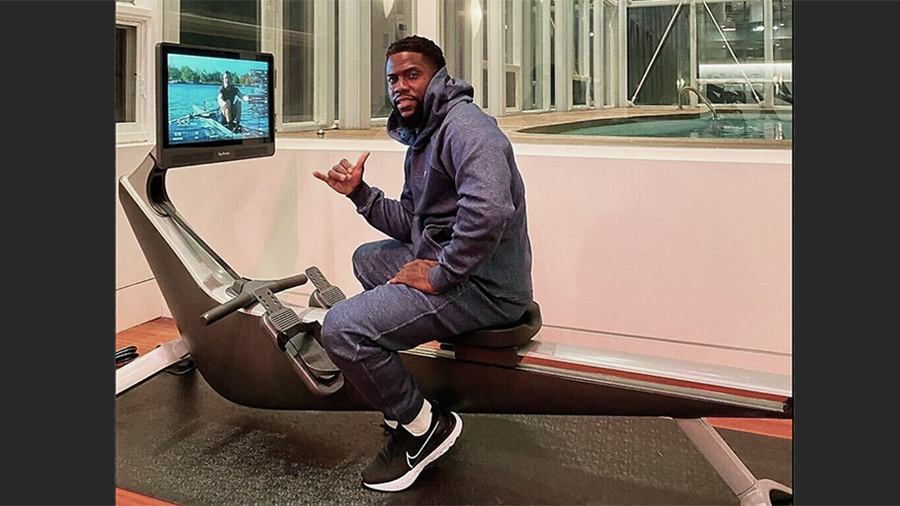 The almost $200 million in cumulative funding will help fuel innovation and global expansion to make the sport of rowing more accessible to consumers. The announcement is timed with the company’s announcement its sales last year had increased 500 percent.

“It is an honor to have some of the most well-regarded names in music, sports and entertainment support our crew as we strive to enhance our members’ lives through the shared experience of rowing,” said Bruce Smith, founder and CEO, Hydrow. “As we continue to focus on positioning rowing as an accessible and mainstream lifestyle choice, we are excited to join forces with these exceptional people who each offer unique experiences and insights to help us in achieving this goal.”

Hart was named creative director of the connected-rowing brand last October and has since been providing innovative ideas across the business, including working out with Hydrow’s athletes and community.

“I invested in Hydrow because pound for pound, there’s no better workout out there than rowing,” said Hart, who is the founder of HartBeat Ventures. “I signed on as creative director because I truly believe in this machine’s potential to change people’s lives. You’re getting so much more than a workout each time you strap in. You’re shifting your mindset, and that’s a powerful thing.”