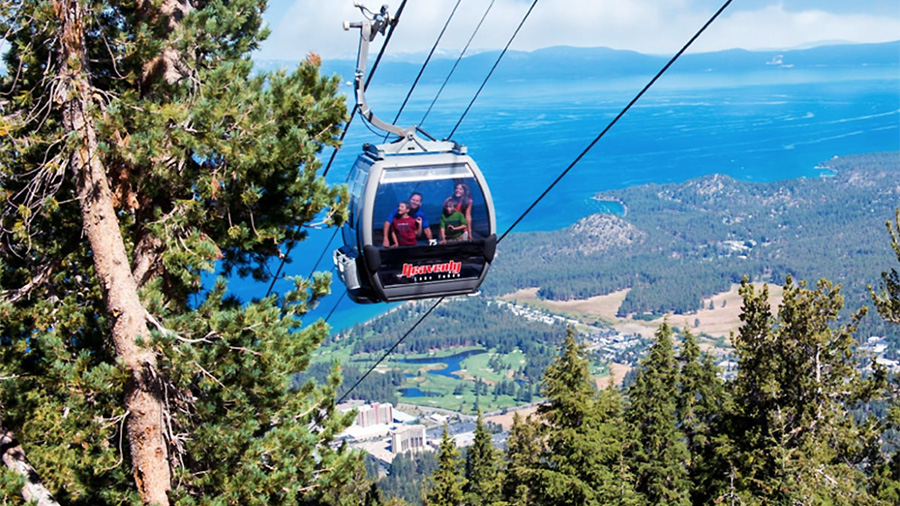 Western mountain resorts have almost entirely returned from their pandemic-caused slump. They now see occupancy, rate and revenue figures increasing, setting new seasonal records while also seeing that momentum surge into early winter with strong bookings for the December holiday period, according to the most recent results released by DestiMetrics, a division of Inntopia.

Pent-up demand for overdue vacations, solid savings accounts, refunds and vouchers from canceled 2020 trips, and a relatively strong economy have contributed to the strength in this summer and the upcoming winter bookings, according to DestiMetrics monthly Market Briefing.

The report includes data collected from 18 mountain resorts in eight Western states. The data was collected through June 30 and drew comparisons to last year and two years prior at this time. While a strong recovery was expected compared to the previous year when most Western destinations were still struggling with the reopening, the strong growth compared to summer 2019 confirmed that consumers tolerate significantly higher rates as they chose to vacation in the Western mountain communities.

DestiMetrics issued the following from its findings:

June Results
“The month of June posted a 131.4 percent increase in actual occupancy in a year-over-year comparison to June 2020 while the Average Daily Rate (ADR) for the month was up 45.4 percent and, when taken together with higher occupancy, resulted in a 236.6 percent gain in revenues for June. Eye-popping as these gains appear, they are in comparison to one year ago when lodging properties were still opening up and travelers were still tentative about destination travel. When comparing June 2021 to the pre-pandemic month two years ago (June 2019), a more meaningful contrast to a typical June is clear and striking. Actual occupancy this June was down 1.4 percent compared to the same time two years ago, but that scant decline was more than offset by ADR that was up an impressive 29.6 percent compared to two years ago. When combined, June revenues were up 27.9 percent from June 2019.”

Summer Keeps Getting Better And Better
“As of June 30, occupancy for the full season is up a substantial 141.9 percent compared to Summer 2020 with gains in all six months. ADR for the full six months of the summer season is up a robust 24 percent and when combined with the growth in occupancy, is providing lodging properties with an aggregated 201.1 percent increase in revenue compared to last summer.

“We anticipated a strong rebound for mountain destinations for all the expected reasons—pent-up demand, billions of unspent travel money in savings, and a loyal customer base that has always been strongly connected to the mountains,” observed Tom Foley, senior vice president for Business Process and Analytics for Inntopia. “But these extraordinary increases in daily rate have exceeded our expectations and the fact that they have not deterred visitation—from both past and first-time customers, suggest that this summer is going to be a remarkable one that will be discussed for years ahead.”

“Further evidence of post-pandemic travel enthusiasm is the lively booking pace for the upcoming early winter, particularly the December holidays. Occupancy already on the books for the upcoming Winter 2020/21 is up 77.7 percent as of June 30 and compared to the same time last year. When compared to two years ago at this time, occupancy is up 22 percent. Once again, rates are rising and consumers are showing little or no hesitancy. Aggregated winter rates are up 34.4 percent compared to last year and 43.8 percent compared to two years ago at this same time.

Economic Variables
“Although remaining in the record-high territory, the Dow Jones Industrial Average (DJIA) was essentially unchanged in June—down a scant 0.08 percent. Despite the apparent stability offered by the closing day numbers, financial markets experienced some dramatic swings during the month, including a nearly one thousand point drop mid-month, but is currently nearly 9,000 points higher than it was last year at this time. In contrast, the Consumer Confidence Index (CCI) increased strongly in June, gaining 7.3 points to close at its highest level since February 2020.

“On the critical jobs front, employers exceeded analysts’ expectations by adding 850,000 new positions. That helped lure 151,000 workers to renew their job search, resulting in a slight uptick in the unemployment rate from 5.8 to 5.9 percent. The leisure and hospitality sector led the way, adding 383,000 of those new positions. Wages rose 0.3 percent in June bringing the annual total to 3.6 percent and helping consumers keep up with inflation. However, the most recent report on consumer prices showed an 0.9 percent increase during June and causing the national inflation rate to jump to 5.4 percent—outpacing wage increases and potentially putting downward pressure on consumer confidence later this month.

Keeping An Eye On

“With only one-third of the summer season completed, mountain resorts are already poised to achieve some new records for occupancy and rates and most likely well before the summer is over,” Foley reported. “There is a lot of relief and enthusiasm about the strength of this summer’s recovery and the prospects for the upcoming winter but there are a few yellow warning lights on the horizon. Rising inflation, rising cases of the Delta variant of COVID-19 domestically and in international feeder markets, an employee housing crisis in resort communities and the exodus of hospitality workers to other industries could all have an impact on overnight travel to mountain destinations in the months ahead,” he concluded.