Hudson’s Bay Company (HBC), the parent of Saks,  on Wednesday received a third – and higher – offer from Catalyst Capital Group to acquire the company.

Catalyst Capital on November 27 offered Canadian $11.00 (US$8.27) per share in cash.  The all-cash proposition came a day after a shareholder group led by HBC Governor Richard Baker touted its own $C10.30 per share cash bid as its “best and final offer.”

This is the third offer from the private equity firm, which originally proposed to purchase up to 14.8 million common shares for CAD$10.11 each before upping this offer in August to 19.8 million shares at the same price.

Catalyst also revealed that it filed a complaint with the Ontario Securities Commission over the “conduct by the Baker Group,” which they characterized as “contrary to the public interest,” including “misrepresentations in circular and other potential securities law violations and a deeply flawed process” in accepting the Baker offer.

In a press release attaching its letter to the HBC special committee that reviewed the Baker offer, Catalyst characterized its own proposal as “a superior, independently financed, all-cash transaction that can be completed in a timely manner,” and even said it is “prepared to consider making a higher offer based on the results of its due diligence and the cooperation of the Special Committee.”

The firm had harsh words for the only other bid on the table, calling it “flawed and coercive,” and for Baker himself.

“It has been a revelation to us how far Richard Baker will go to acquire this iconic company for as cheaply as possible, without putting up a penny of his own money,” Gabriel de Alba, Catalyst​ managing director and partner, wrote in part of a lengthy statement. “Shareholders deserve and demand better.”

HBC said, “The Special Committee of the HBC board of directors will review the offer in consultation with its independent financial and legal advisors to determine the course of action that is in the best interests of HBC and the minority shareholders.”

The initial offer was criticized by some of HBC’s investors, with Land & Buildings Investment Management slamming the proposal as “woefully inadequate” and Paradise Developments, which holds a 0.6 percent stake in the business, urging the board to reject the offer or negotiate a better price. 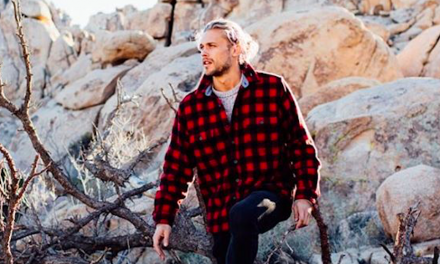