The National Retail Federation reiterated its call on Congress to address a loophole that allows most online sellers to avoid sales tax collection to the detriment of local retailers and communities. The statement came as the House Judiciary Committee is scheduled to hold a hearing Tuesday on the issue.

“Our current sales tax system is broken. It favors one set of retailers over another, hurts job growth, and threatens the economic health of local communities,” NRF President and CEO Matthew Shay said. “We can’t allow an antiquated decision to unfairly disadvantage Main Street in a time when it’s already fighting to stay afloat.”

Earlier this summer, NRF launched an educational effort dedicated to sales tax fairness featuring small business owners. Along with engaging grassroots supporters, placing op-eds in key newspapers, and publishing print and online ads, NRF collected video testimonials from retailers on how the sales tax disparity impacts their businesses and communities. The videos can be viewed here.

“From pet supply shops to running stores, small retailers confront this sales tax disadvantage every single day,” Shay said. “It is our hope that Congress finally acts on the growing momentum around a critically important retail priority.”

Shay’s comments come as the House Judiciary Committee is scheduled to hold a hearing Tuesday on H.R. 3179, the Marketplace Equity Act, authored by Representatives Steve Womack, R-Ark. and Jackie Speier, D-Calif. The bill would address the 1992 Supreme Court decision in Quill v. North Dakota, where the court said states can only require an out-of-state seller to collect tax on sales to its residents if the seller has a physical presence in the state. Instead, the legislation would allow states to require collection by all sellers the same as local retail operations.

“Every single retailer, whether they sell in a store, online or through the mail, should be afforded the opportunity to compete on a level playing field,” Shay said. “Congress needs to address this for the sake of the millions of jobs supported by local retailers.”

As the world’s largest retail trade association and the voice of retail worldwide, NRF represents retailers of all types and sizes, including chain restaurants and industry partners, from the United States and more than 45 countries abroad. Retailers operate more than 3.6 million U.S. establishments that support one in four U.S. jobs  42 million working Americans. Contributing $2.5 trillion to annual GDP, retail is a daily barometer for the nation’s economy. NRF’s Retail Means Jobs campaign emphasizes the economic importance of retail and encourages policymakers to support a Jobs, Innovation and Consumer Value Agenda aimed at boosting economic growth and job creation. www.nrf.com 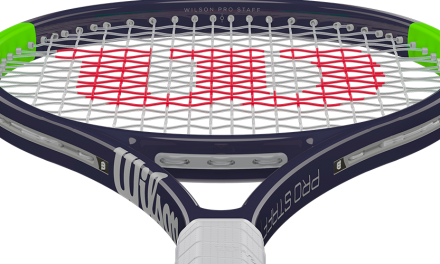