Hoka One One, a division of Deckers Outdoor Corporation, announced the brand has become the Presenting Sponsor of The Race  Revived, the updated edition of the classic Eugene, Oregon 8K running race that was held during the 1980’s.

Taking place on the same Eugene course as The Race that ran from 1983 to 1990, The Race  Revived promises to be as fun and exciting as the original as runners take on the flat, fast, and scenic USATF-certified road course on Sunday, June 15, 2014.

Limited to just 5,000 runners, The Race  Revived is a fast, fun event for all that raises funds for the Eugene Health & Performance Foundation's racing team 'The Spirit of Oregon'. Along with awards for top division finishers, everyone who enters and finishes The Race – Revived will be eligible to win a brand new Chevrolet Sonic LT.

“The Race was a significant road running event in the Northwest running scene back in the 1980s and provided real excitement for all,” said Race Director and event founder, Peter Thompson. “It would not have been possible to revive The Race in its original format and on the original course without the vision and tremendous backing of Hoka One One. As the presenting sponsor, HOKA ONE ONE has committed the resources to ensure that this event once more becomes one of the premier running and racing events in the region.”

“Eugene, Oregon is the epicenter of running in the U.S.A,” said Jim Van Dine, Brand President at Hoka One One. “So when Peter mentioned his hopes of resurrecting this classic middle distance event, it made perfect sense for Hoka One One to get involved and support a great running event in a great running community.” 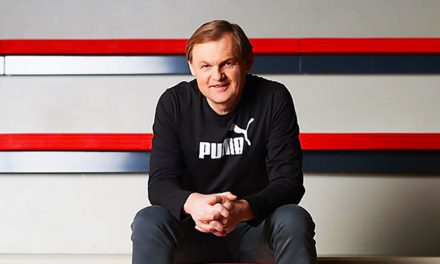