Helped by championship seasons by both the University of Alabama and the New Orleans Saints, Hibbett Sports notched its best quarterly same-store performance in over 10 years and comps are running up over double-digits so far in the first quarter. But the more historic news was that Jeff Rosenthal was promoted to CEO, replacing Mickey Newsome, who becomes executive chairman of the small market retail operator.  Rosenthal has been with Hibbett since 1998 and president since February 2009. At Hibbett for more than 40 years, Newsome served as president from 1981 until 2004, when he became chairman. He was named CEO in 1999.


Net income in the quarter jumped 54.0% to $11.8 million, or 40 cents a share. Gross margins increased 137 basis points, with about one-third of the increase reflecting an improved product margin rate. SG&A was reduced 95 basis points due to positive leverage and continued expense control.   Fourth quarter sales rose 12.8% to $166.8 million and advanced 9.6% on a comp basis. About a third was traced to Alabama winning the national college football title and the Saints winning the Super Bowl. Excluding those events, comps were up 6.5%.

Comps were flat in November, jumped 15% in December and rose  high-single digits in January.

In the first 39 days of the 2010 first quarter, comps were up 14%. Excluding Alabama and the Saints effect, comps were ahead 11% to 12% with all regions up double digits.

Bringing in spring product in January of this year versus February in years past has greatly helped our first quarter start, said Newsome.

In Q4, strip center stores outperformed enclosed malls.  Average price points were slightly down, but transactions were up significantly.

In apparel, activewear rose high-single digits in the quarter, led by womens and kids. Key brands were Nike, Under Armour and The North Face. Fleece and outerwear performed well above plan, helped by cold weather. Licensing was up double-digits.

So far in the first quarter, both apparel and footwear are up double digits, and equipment is up high-single digits.

Rosenthal noted that the roll out of The North Face is driving traffic and showing a greater opportunity in outdoor. Said Rosenthal, As we continue to grow and look for other categories to expand or do differently than what weve done, we think the outdoor space, which is apparel and footwear, and winter accessories, we think that we have a lot of opportunity.

The North Face is still just in under half of Hibbetts stores. Columbia, as well as some Mountain Hardwear, will be added next year, and Hibbett hopes to have an outdoor presence in over half its doors by that time, especially in states such as Ohio, Wisconsin and Nebraska.

Womens technical and toning are also selling well, with Reeboks EasyTone particularly standing out.  Said Rosenthal, The EasyTone is really where it’s at. We just got in more pairs this week. We have been flying them in. We see that as a huge growth vehicle for this year.

Inventories grew11.6% at year-end versus the previous year-end, and gained 8% on a comp store basis.

Newsome said the outlook reflects a lot of uncertainty in the marketplace.

Youve got unemployment going full speed and the price of gas is beginning to rise, and is projected to be $3 this summer. We just hate to be that optimistic, said Newsome. We feel like it is very conservative. We can beat it, good. It’s not like having emergency press release lowering our guidance. We want to make sure we are conservative and wed rather up the guidance through the year.

Asked how his duties might change as executive chairman, Newsome said, Well, of course most everybody in the company’s been answering to Jeff for the last year. Now, well expand that. Im going to try to get out of his way and not be here quite as much. Im here 50 plus hours a week and Im going to probably cut back to 40 or something and try to get out of his way. But Im going to spend more time probably in real estate. I think that’s an area I could probably really help in and Ill stay involved in anything big going on and in the big meetings and Ill certainly be here day-to-day. 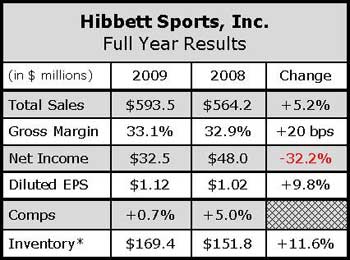 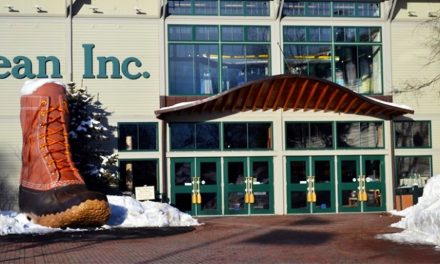