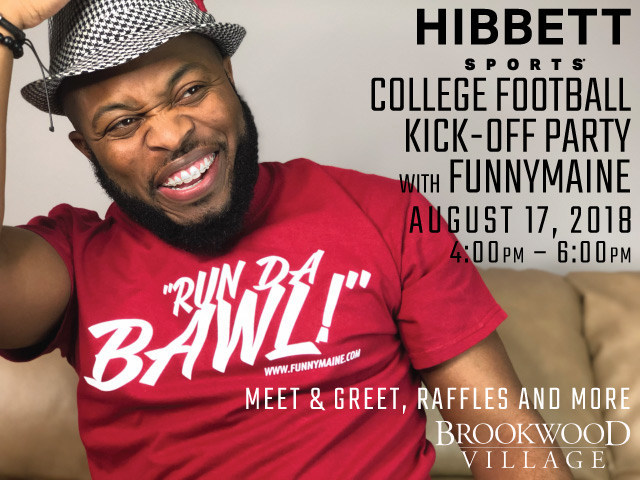 In celebration of the upcoming football season, the public is invited to attend the Hibbett Sports/Funnymaine launch party taking place on August 17, 2018 from 4 p.m. to 6 p.m. at the Hibbett Sports located at Brookwood Village in Birmingham. Jermaine “Funnymaine” Johnson will make an appearance at the #HibbettXFunnymaine launch party and will be giving away prizes, showcasing the latest in Funnymaine apparel and taking photos with fans.

“We have been sponsors of Alabama football for years, and Jermaine “Funnymaine” Johnson captures the essence of what it is to be a true Alabama football fan,” said Sarah Sharp-Wangaard, VP marketing, Hibbett Sports. “We are excited to have him visit with fans at our Shaker Shack during select home games and make his iconic and fun apparel available to Hibbett customers.”

“I’m excited to partner with Hibbett and give everyone a great experience and great merchandise from the true fan perspective,” said Jermaine “Funnymaine” Johnson. “I love supporting the University and entertaining audiences, so this is a great opportunity to do both alongside the Hibbett brand.”

Jermaine Funnymaine Johnson is a die-hard Alabama Football fan, lifetime class clown and has been a professional comedian since 2005. His talent has taken him from small stages, to large arenas, radio shows and major television appearances including ESPN, Fox Sports, TBS, Comedy Central and more. Funnymaine has featured for other star comedians like Kevin Hart, Steve Harvey, Rickey Smiley, Tony Rock, Tommy Davidson and several others. His web series and other online media keep millions of people around the country laughing every day. He can be heard daily on 95.7 Jamz in Birmingham hosting the afternoon drive and can be seen on the road touring as he packs out comedy clubs and concert halls all around the country. He most recently sold out shows in Los Angeles, Chattanooga and Little Rock, and has several upcoming shows in Nashville, Orlando and more. 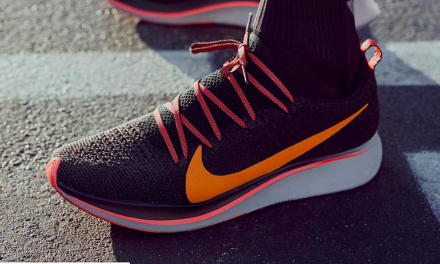