“In his new position, Jeff Bowyer will see increased involvement with the company’s key national wrestling accounts and customer base,” says John Purnell, CEO of Henson Group Sports. “Jeff Bowyer is well known and respected in the wrestling community. We look forward to his continued success in his new position.”

Bowyer, formerly director of sports marketing and events, has been instrumental in managing team sales and athletes for Henson’s sports. Additionally, Bowyer serves as executive director of the R.E.A.C.H.E.S. non-profit organization. R.E.A.C.H.E.S. (Rewarding Educational Athletic Choices Helping Each Sport) has allowed Henson to give back to communities, athletes and sports teams. As the executive director, Bowyer oversees all of R.E.A.C.H.E.S. national events including the Brute Nationals, which draws around 1400 wrestlers annually.

Bowyer has been involved in wrestling for over 25 years. Prior to joining Henson, he spent 5 years as the director of operations, Annual Giving, & Coaching Education at the National Wrestling Coaches Association (NWCA). Preceding the NWCA, Bowyer served 15 years as the head wrestling coach at James Madison University. During his time at James Madison, he successfully recruited 20 Academic All-Americans and 75 CAA Scholar Athletes which established JMU as one of the top 5 Academic wrestling teams in the nation as well as 29 individual NCAA Division I National qualifiers and one NCAA All-American. Due to his own wrestling prowess, Bowyer was inducted into the James Madison University Athletic Hall Of Fame in April 2000. His accomplishments as a wrestling competitor are too many to mention.

Shane Hollinger has been promoted to apparel product and process manager. Hollinger’s new job responsibilities will be to guide the organization’s apparel product development and manage the process of apparel development. Hollinger has been promoted from graphic arts manager where he has devoted 7 years to managing the sublimation department. Thanks to innovation within the sublimation department, Henson is the largest manufacturer of sublimated wrestling uniforms in the world, under the name BRUTE.

“We plan to expand our product lines in the next few years and we are confident that Shane will be an important asset to help our organization reach its goals,” said Purnell. “One new change Shane will implement is the development of a Design Lab,” states Purnell.

John Purnell commented, “We are thrilled to have Shane and Jeff move to new and greater roles within our company. They have both earned the opportunity and bring great vision and a high level of excitement to our management team.” 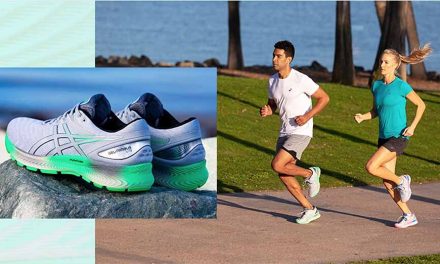