Earnings per diluted share in the quarter more than doubled to 60 cents. Excluding actions, non-GAAP earnings per diluted share increased by 20% to 65 cents, up 11 cents as a result of reduced long-term debt, lower base interest rates, and lower income tax expense as a result of the companys global supply chain strategy. Total net sales decreased by 4.4% to $1.07 billion.

“We are pleased with continued earnings per share growth as a result of executing our improvement strategies, despite operating in a tough economic environment,” Hanesbrands Chief Executive Officer Richard A. Noll said. “Most of our business improvement initiatives are working, but we are continuing to address sales declines, which were primarily centered around intimate apparel product categories.”

Selected highlights for the quarter and six months ended June 28, 2008, compared with the year-ago periods ended June 30, 2007, include:

Non-GAAP net income, which excludes actions, increased by $10 million in the quarter, primarily as a result of lower interest expense, lower income tax expense as a result of global supply chain initiatives, and cost reductions that were offset by lower sales.

Total net sales in the quarter decreased by $50 million to $1.07 billion. Sales primarily decreased in the companys innerwear segment, with particularly soft sales for intimate apparel product categories. Later back-to-school shipments compared with a year ago also contributed to the innerwear decline.

International segment sales increased by 20% in the quarter as a result of favorable foreign currency exchange rates and growth. The increase in international sales more than offset sales declines in the outerwear segment, the hosiery segment and the other segment.

“We are focused on driving a great execution of back-to-school and year-end holiday sales programs,” Noll said. “We are confident that our brand investment, product development, and customer programs are the best approach to competing in the current retail climate.”

(Diluted EPS excluding actions, net income excluding actions and operating profit margin excluding actions are non-GAAP measures used to better assess underlying business performance because they exclude the effect of unusual actions that are not directly related to operations. The unusual actions in the current or year-ago quarter were restructuring and related charges, amortization of gain on postretirement benefits, nonrecurring spinoff and related charges, and the tax effect on these items. See Table 4 for details and reconciliation with reported operating results consistent with generally accepted accounting principles.)

Since the companys spin-off, Hanesbrands has strategically structured its debt and managed its exposure to interest rates, and the company benefited from these efforts in the first half of 2008. As part of this ongoing strategic effort, the company earlier this month took advantage of an opportunity to fix the interest rate on $500 million of floating-rate bonds for four years at 7.64%. Of the companys approximate $2.3 billion in debt, $1 billion is at fixed rates.

In May, Standard & Poors Ratings Services raised its corporate credit rating on Hanesbrands to BB- from B+, reflecting the companys strategic execution progress and positive operating momentum as a stand-alone company.

Hanesbrands continues to make significant progress in expanding its supply chain in Asia as part of its global strategy of consolidating manufacturing into fewer, larger facilities in lower-cost countries.

In the second quarter, the company added three company-owned sewing plants in Southeast Asia-two in Vietnam and one in Thailand-giving the company four sewing plants in Asia. In Nanjing, China, construction is under way on the companys first Asian textile fabric plant, which is scheduled to start production in 2009. By the end of the year, the company expects to have more than 6,000 employees in Asia, triple the number at the beginning of the year.

Hanesbrands has reached planned fabric production levels at its off-shore textile facilities in the Dominican Republic and El Salvador. Further expansion is planned in El Salvador.

In addition, the company continues to streamline and refine its distribution network. In the second quarter, expansion of its Honduras distribution center was completed, doubling its size. That follows the completion in the fourth quarter last year of a mixing center in the Dominican Republic. Both centers ship directly to customers in the United States, utilizing the companys integrated networks of fabric production and sewing plants located in Central America and the Dominican Republic.

“We are focused on our improvement strategies to sell more, spend less and generate cash,” Noll said. “We are executing our cost-reduction, debt-management and globalization strategies to increase profit while we continue to focus on improving sales performance.” 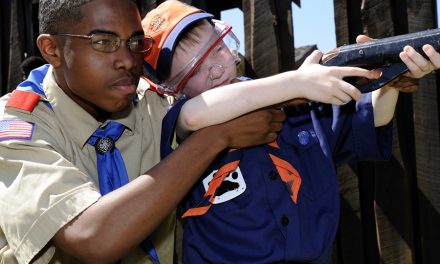