Hanesbrands Contractors in Haiti Up and Running

Hanesbrands Inc. reported that production has resumed at its Haitian contract sewing operations affected by the Jan. 12 earthquake, putting hundreds of employees back to work as the country tries to rebuild its economy. The company also has set up a staging operation in the Dominican Republic that is supplying food, water and basic necessities for the Haitian contract workers and has donated $2.2 million worth of underwear to be widely distributed to those in need in the country by humanitarian aid agency CARE and Fashion Delivers Charitable Foundation, Inc.

Hanesbrands, which owns Duofold, has three primary T-shirt sewing operations in Haiti, and all three have at least partial production under way as of today. All of the facilities have been inspected by engineers and have been cleared for resumed production and safe occupancy. Production at one of the plants located near the Dominican Republic was not affected by the earthquake, and initial production at the two operations near Port-au-Prince resumed today, with all employees expected to be back to work by the first week of February.

With the resumption of production in Haiti, the addition of new contract suppliers, and added production at company-owned plants, Hanesbrands expects full pre-earthquake T-shirt production levels as soon as mid-February. The production suspension should not have a material impact on sales of the company’s underwear T-shirts or casualwear T-shirts sold to the wholesale screen-print industry.

Haiti accounts for a small percentage of Hanesbrands’ overall production, and the sewing disruption will not affect the company’s previously announced expectations to increase sales by 5 percent in 2010 as a result of retail shelf-space and distribution gains.

“We are very thankful that our major contract partners have the wherewithal to resume production, providing critical jobs for employees who are seeking to recover from the aftermath of the earthquake,” said Gerald Evans, Hanesbrands president, international business and global supply chain. “Our contractors are doing a great job providing employees and their families with food, water and other assistance, and employees are eager to return to work. We were disappointed to learn that two employees of one of our contractors died from injuries suffered in the earthquake. We send our sympathy to their families, friends and co-workers.”

The company also has a fourth T-shirt sewing contractor, located near Port-au-Prince, that produces a small quantity of outerwear T-shirts. It is expected to resume initial production on Monday.

Hanesbrands has donated more than 2 million pieces of new underwear with a wholesale value of $2.2 million, primarily men’s and boys’ underwear bottoms and women’s and girls’ panties, to aid agencies for distribution in Haiti.

The company is donating approximately 1.5 million pair of underwear to CARE and is working with other CARE partners to sort, ship, store and distribute the goods. The Church of Jesus Christ of Latter-day Saints is providing assistance in sorting the basic apparel for appropriate distribution and UPS is providing transportation logistics and shipping of the goods. CARE was able to accept the donation because the apparel was new and it was able to garner the support of partners to mitigate the costs of managing the distribution.

Hanesbrands is donating approximately 750,000 pair of underwear to Fashion Delivers Charitable Foundation, Inc. Based in New York, Fashion Delivers was founded to coordinate donations of new products from the apparel and home industries to aid victims of disasters.

Hanesbrands and its employees have also established a staging operation for Haiti relief supplies at the company’s textile fabric manufacturing plant in Bonao, Dominican Republic. Hanesbrands employees and operations from around the world are donating goods and money and the company is purchasing supplies of water, food and basic necessities to be earmarked for the employees of the company’s contract sewing operations in Haiti affected by the earthquake.

Hanesbrands employees also have personally donated thousands of dollars to CARE and the American Red Cross to aid the people of Haiti.

“Hanesbrands has a culture of helping those in need that is driven by the generosity and compassion of our employees,” said Chris Fox, Hanesbrands vice president of corporate social responsibility. “We are proud of our employees who always rise to the occasion to support others in times of crisis, no matter where it is, and to continually support those in need in our communities. We thank them once again for being great community ambassadors.”

Hanesbrands would also like to thank the United States and Dominican Republic governments, the United Nations and all of the various relief agencies for supporting Haiti in this time of crisis. 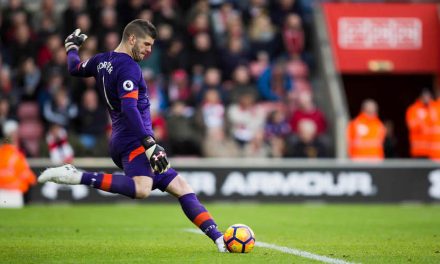