Golfsmith International Holdings, Inc. reported second quarter revenues
slid 11.7% to $114.8 million from $130.0 million a year earlier. The
decline reflects 9.5% decrease in comparable store sales and a 28%
tumble in revenues from its direct-to-consumer channel.

Martin
Hanaka, chairman and chief executive officer of Golfsmith commented,
“Our second quarter results reflect a sequential improvement in
comparable store sales and a year-over-year gross margin improvement.
We continue to closely manage expenses and inventory without
sacrificing product availability and have made significant improvements
from a year ago. Looking ahead, we will continue to invest prudently in
our customer experience initiatives and be innovative as we work with
our vendors to drive traffic in the second half of the year, since we
do expect overall trends in the golf industry to remain challenging. As
the industry continues to consolidate, we believe our Company is
positioned to capture additional market share, and we look forward to
resuming our store growth plans in fiscal 2010.”

Billabong Profits Tumble in First Half 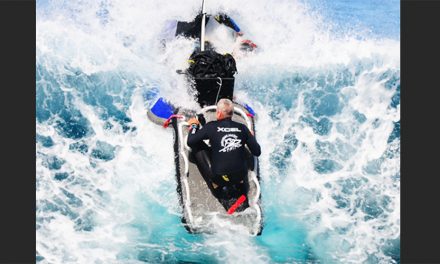