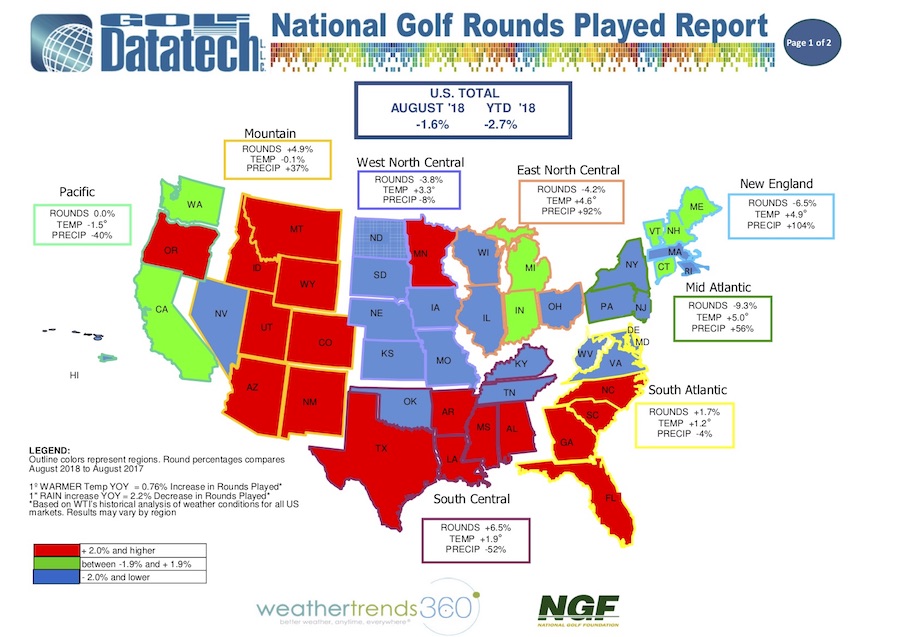 According to Golf Datatech, golf rounds played in the U.S. were down 1.6 percent in August year-over-year on a national level.

Among regions, the steepest declines came in the Mid Atlantic, down 9.3 percent; followed by New England, off 6.5 percent; East North Central, 4.2 percent and West North Central, 3.8 percent. The Pacific region was flat.

The highest gains were seen in the South Central region, up 6.5 percent; followed by Mountain, up 4.9 percent and South Atlantic, ahead 1.7 percent.