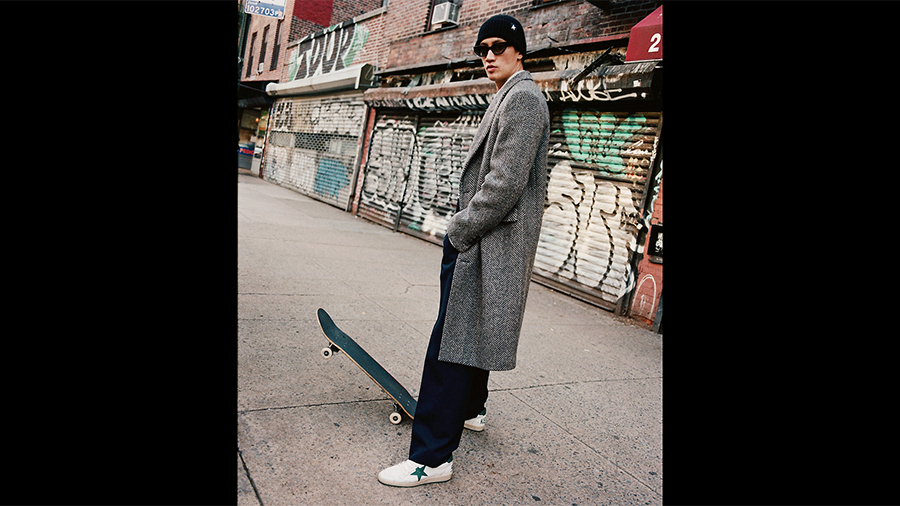 S&P Global Ratings upgraded the debt ratings of Golden Goose as the Italian luxury footwear maker’s revenue and EBITDA increased materially in 2021 due to normalizing retail traffic and the company’s expansion in the direct-to-consumer channel.

S&P said it believes Golden Goose will see steady growth from its relationships with wholesale partners and continued investment in marketing and the online channel timed with supportive industry trends, including a movement in apparel’s casualization.

S&P raised to ‘B’ from ‘B-‘ its ratings on Golden Goose and the company’s €480 million senior secured notes. The ‘3’ recovery rating on the debt remains unchanged, now with 55 percent recovery prospects.

The stable outlook reflects S&P’s view that, over the next 12 months, Golden Goose will maintain resilient operating performance due to ongoing investments in expanding its retail network and online penetration while maintaining broadly stable profitability despite challenging market conditions.

S&P said in its analysis, “Golden Goose’s sound operating performance in 2021 should continue this year thanks to its retail and digital expansion plan. Last year, the company successfully executed its strategy to expand into the direct-to-customer (DTC) channel. Efforts included consolidating its retail network and penetrating new markets (China, Japan, Korea, and Australia) through a digital presence. The company posted a growth of 45 percent year-on-year in 2021, with revenue totaling €385.6 million, most of which stemmed from the DTC channels (annual growth of 79 percent in retail and 109 percent in digital). Also, in 2021, the company reported an EBITDA of €126.4 million, an increase of 45 percent year-on-year (38 percent higher than 2019) and solid operating cash flow of €57.5 million. All geographies and channels contributed to the growth thanks to loyal local customer bases. The U.S. market was the main contributor, with 74 percent sales growth, thanks to sound brand awareness and solid digital channel fundamentals. Also, in 2021, the company opened 29 new stores worldwide and took over 11 franchise stores in China. It plans to grow its retail network further by opening an average of 20 new stores yearly; this will further diversify the company’s geographical footprint and strengthen the brand image. We believe Golden Goose’s ongoing expansion and consolidation of its DTC channel will fuel the growth of 15 percent to 18 percent over the next 12 months. The company’s efforts include continuous investments in its digital offering, personalization initiatives with clients, the retail expansion plan, and consolidating its wholesale channel. Moreover, we believe the company is well-placed to benefit from long-term positive industry drivers, including casualization, premiumization, and sustainability trends.

“Golden Goose’s long-term relationship with wholesalers provides revenue visibility and represents an additional driver of revenue growth, in our view. At end-2021, Golden Goose had generated about 40 percent of its sales from wholesalers, compared with about 55 percent in 2020. The decline is due to the conversion of some of the company’s key wholesalers into “wholesession.” In the latter model, Golden Goose has a direct relationship with the end customers and control over prices and distribution, giving the company the benefits of a direct operating model with fewer operating costs and capital expenditure (CAPEX) requirements. In our view, we understand that the company plans to continue to convert part of the wholesale network, which will increase the company’s control over distribution, pricing and brand awareness. We believe the “wholesession” model will allow the company to sustain sound commitments from the partners that can reach a wide range of customers and a low level of inventories thanks to an efficient commission mechanism. Our forecasts for 2022 to2025 indicate a 20 percent increase in retail and 50 percent in digital sales, stemming from the conversion effect. We also consider the good visibility that the company has on its order book from wholesalers, with 75 percent of the order backlog already secured for 2022.

“We forecast Golden Goose to maintain a healthy EBITDA margin of 32 percent-33 percent over the next 12 months; this will be thanks to the company’s targeted marketing approach and limited exposure to cost inflation. Despite challenging market conditions over the past two years, Golden Goose has maintained stable profitability levels, posting an S&P Global Ratings-adjusted EBITDA margin of 32.8 percent in 2020 and 32.2 percent in 2021. The resilience of the EBITDA margin points to the successful execution of the marketing strategies and good management of cost inflation and supply chain operations. In 2021, the company spent about 4.5 percent of its sales on marketing and advertising. For 2022-2023, we anticipate a marketing and advertisement budget of 4.5 percent-5.5 percent of sales, in line with the company’s goal to elevate Golden Goose into a global brand. The company’s marketing strategy is based on unique marketing initiatives tailored to the different customers, including personalization options for western markets and celebrity endorsements, mainly in APAC. We understand that some regions require more marketing to fuel long-term growth and ensure relationships with younger populations that are newer to the brand.

“Moreover, the company can rely on its strong relationship with its local manufacturing base (mainly in Italy) to soften the impact of inflation on leather prices. Also, the company is not exposed to high shipping costs for raw materials from other countries. In our view, Golden Goose’s strong brand recognition creates headroom to increase prices, particularly considering that some of its key competitors in the luxury sneakers space have done so in recent years. The company should maintain stable EBITDA margins in the next 12-to-18 months.

“Golden Goose should be able to self-fund its expansion strategy thanks to free operating cash flow (FOCF) of €35 million-€40 million (before lease payments) in the next 12 months. The company generated an FOCF of €25.6 million in 2020 and €57.5 million in 2021. Despite its stock-building strategy and required investments to support expansion, the company will likely continue to generate solid FOCF before annual lease payments of €35 million-€40 million in 2022 and about €60 million in 2023. In our base case, we assume an annual lease payment of about €30 million-to-€35 million over the next couple of years. The company’s DTC expansion plan requires annual investments in CAPEX to open new stores and strengthen its digital capabilities. We anticipate Golden Goose will invest about €30 million in CAPEX over the next 12 months. We also expect €20 million-to-€25 million of working capital requirement, higher than historical levels, primarily to increase inventories to support the expansion of the retail network, and somewhat swollen due to rising inflation.

“We forecast Golden Goose’s capital structure to remain highly leveraged due to the financial-sponsor ownership, with a debt-to-EBITDA ratio of about 4.5x in 2022. Last year’s better-than-expected performance underpinned an improvement in Golden Goose’s leverage, with adjusted debt to EBITDA improving to 5.1x at end-2021 and funds from operations (FFO) cash interest coverage around 3.0x. Our main adjustments to the €480 million senior secured notes include €125 million-to-€130 million of operating leases and €25 million-to-€30 million for reverse factoring utilization, in line with our methodology. We forecast additional deleveraging over 2022/23, with the leverage ratio improving to around 4.0x-to-4.5x, supported by continued profitable growth.

“The stable outlook reflects our view that Golden Goose will likely generate 15 percent-to-18 percent revenue growth and achieve an S&P Global Ratings-adjusted EBITDA margin of about 32 percent-to-33 percent in 2022 thanks to good management of cost inflation. We forecast that the group will improve its adjusted debt-to-EBITDA ratio to about 4.5x and achieve an FFO cash interest coverage ratio in the 3.5x-to-4.0x range in the next 12 months. We anticipate the company will generate an annual FOCF of about €35 million-to-€40 million in 2022, enabling it to self-fund its expansion strategy.”