If retailing were a sport, Adrenalina, a new action sports concept, could easily be considered an “extreme” store. Its the first retail venue to include a FlowRider, an indoor surfing attraction more commonly found in water parks, hotels and cruise ships. The FlowRider not only attracts core action sports enthusiasts, but it also causes many spectators to gawk at the spectacle.

“Its actually [fun] for all ages just to watch it,” says Adrenalina president, COO and CFO Jeffrey Geller. “We have 2-year-olds running up to the glass because they like looking at it, and we have 98-year-olds who enjoy watching the kids. And then we have the destination shopper who comes to our store to buy hardgoods or apparel, or to ride the FlowRider. So the FlowRider is driving the mall traffic into our store.”

More importantly, the FlowRider is attracting landlords offering favorable terms to have Miami-based Adrenalina serve as a mini-anchor to their malls. The first Adrenalina opened its doors in Orlando in October 2006, and a second store opened in Miami. Locations in Tampa, FL; Denver, CO; Alpharetta, GA; and Plano and Houston, TX, are also under construction. The company also plans a store at the Xanadu retail complex at the New Jersey Meadowlands to reach the New York metro market.

The Adrenalina concept was inspired by a Spanish-language TV show of the same name that premiered in 2001. Broadcast on a number of prominent networks-including Fox Sports, FuelTV and SiTV-the action sports-themed show expanded to an English version and has attracted a legion of extreme sports fans. Geller, formerly president of discount fragrance retailer Perfumania, teamed up with Zalman Lekach, the shows co-host, to acquire the Adrenalina TV show. Lekachs father, Ilia, was CEO of Perfumania and is now chairman and CEO of Adrenalina.

Gellar noticed that many action sports had gone mainstream, and scores of TV viewers had become attracted to extreme sports programs. He saw an opportunity to combine his retail experience with marketing around the Adrenalina TV show and the companys other media properties, which include three youth-oriented magazines: Death + Taxes, What a Duck! and Extremo Surf.

Moreover, Geller wanted the Adrenalina store to “bring in all the different action sports” rather than focus on one activity, such as skate. The store caters to well-known activities such as surfing, biking and skating, as well as adventurous pursuits including Moto X, BMX and skydiving, and niche sports such as kite surfing, skimboarding, wakeboarding and paintball.

“You dont really find stores that cater to that many extreme sports,” observes Geller. “Youll have some that are surf or skate stores, but they dont offer the full breadth of extreme sports.”

Currently, Adrenalinas mix is 43 percent apparel, 19 percent hardgoods, 15 percent footwear and 9 percent accessories. The remaining 14 percent of revenue comes from FlowRider participation. Apparel brands include Billabong, Quiksilver, Volcom, ONeil, Reef, Element and Ed Hardy, as well as a wide selection of smaller labels and a popular Adrenalina T-shirt line. Adrenalina also boasts a strong hardgoods component with such labels as Plan B, Mystery and Zoo York. (In fact, the stores skate decks convinced many of the leading brands to support the chain.)

“When we started the concept [the vendors] asked, What are you doing?” recalls Geller. “But as we were in construction, everybody came on board because they thought what we were doing with the FlowRider and the TV show was awesome. We were bringing the right hardgoods together, so all the softgoods manufacturers wanted to be there; being around hardgoods makes them hardcore brands.”

Although the first stores ranged between 6,000 and 7,000 square feet, newer doors will surpass 10,000 square feet, with the Denver location totaling about 15,000 square feet. With the FlowRider requiring significant space, more merchandise room was required to capitalize on the traffic the stores were generating.

The concept also includes TVs mounted around the store showcasing images from the Adrenalina TV show, and co-promotions with the show are planned. The company has also launched a FlowRider Series campaign featuring competitions in each store to help establish the FlowRider as a sport rather than just an attraction.

But the FlowRider will always remain the biggest traffic magnet. A 20 x 50 sloped, padded sheet pumps a stream of water upwards at 20 mph to create a 4″ riding surface. Costing $20 for a half-hour session (with about eight people going at once), riders can use a boogie board or a flowboard (a surfboard that has been shortened for FlowRider use).

According to Geller, the new team wanted “something a little more” that would highlight the extreme sport experience while connecting with the board-riding lifestyle that includes surfing, skateboarding, bodyboarding, wakeboarding and snowboarding.

While the FlowRider certainly draws crowds, the Adrenalina concept also has to sell merchandise to be successful, and Geller believes the chain reaches three specific consumer segments. The first is the hardcore customer looking for gear to participate in a given sport. The second is the growing number of Gen Y consumers who are embracing action sports brands. “Its all the people who want to dress that way and want to follow that look,” says Geller. Finally, the store attracts a more mature customer and whole families looking to join in the fun. The store even hosts birthday parties around the FlowRider.

“The FlowRider is a different attraction to the stores,” says Geller, “so parents visiting with their son or a friend might also buy a T-shirt, backpack, towel or board short at our stores. Theyll just see something they like and buy it.”

Looking ahead, Geller believes that one of the major hurdles to Adrenalinas expansion will be finding construction crews to help mall developers accommodate the FlowRider system. The company also recently hired Financo, a Manhattan-based investment firm, to help explore growth opportunities. Adrenalina is looking to add to its management team, as well.

“Since were so small initially, well be challenged to grow at a proper pace,” says Geller. But he also contends that as the popularity of action sports increases, concepts such as Adrenalina will find a place in the market.

“Its called extreme sports for a reason,” says Geller. “It turns people on. It gets them excited and gets their Adrenalina running. The reason we launched the concept is because action sports are going to continue to grow and we want to be a very important part of that market.” 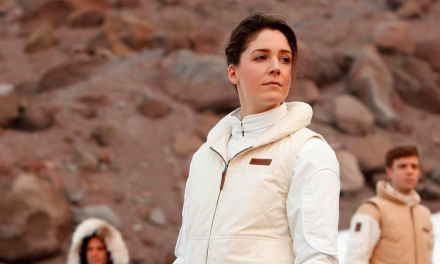