Globe International Limited, based in Melbourne, reported continued growth in net sales for the year ended June 30 while profitability was just below the previous corresponding period mainly due to the impact on margins from the strengthening of the US dollar against the AUD.

The key business metrics were as follows:

A brief overview of performance by region is included below:

The Group’s net cash position at 30 June 2019 was AUS$7.9 million, which was AUS$8.9 million lower than the same time last year. This reduction in net cash is mainly due to AUS$3.5 million of cash used in operations and the payment of AUS$5.0 million of dividends during the financial year. The negative cash flows generated from operations were a consequence of an AUS$13.1 million increase in working capital, largely due to an AUS$8.0 million increase in inventory.

Inventory growth was in part due to planned inventory build for new brands to support sales growth. However, the most significant factor that drove the increase in inventory in the second half of the financial year was conservative inventory planning for non-seasonal products, due to a supplier change-over in April. It is expected that inventory levels will be significantly lower by the end of the first half of the 2020 financial year, without the need for any major inventory clearance activity.

Since the end of the financial year, the Group has sold its suite of Dwindle brands to Highline Industries Corporation. This divestment was part of the Group’s ongoing strategic overhaul to reduce the number of smaller brands and move towards having fewer brands in each product category. Following this change the company has a much better balance of apparel, footwear and skateboard hardgoods brands proportionate to the revenue of each product category. The Group remains fully committed to the skateboard market and the boardsports distribution channel through its remaining brands, including Globe. Meanwhile the Dwindle brands and personnel will find a suitable home at the hardgoods-focused Highline Industries. The transaction will be recognized in the financial year ended 30 June 2020. The sale of this business will have a modest downward impact on total group sales in the FY20 year, but is not expected to negatively impact profitability as a result of efficiency improvements in the costs to run the company’s remaining brands.

Chief Executive Officer Matt Hill said, “We are excited that in a year that involved so much change, that we were simultaneously able to work on a major realignment of our brand portfolio, maintain a solid financial result, and see significant expansion in brands that will be our future growth drivers such as Salty Crew, FXD and Impala. We now have the right mix of diverse brands with scale potential. Our brands are operating in different segments of distribution covering a wider range of demographics than ever before, while we remain active and committed to our core of skateboarding and boardsports. We have a terrific platform for future global growth and profitability improvement that goes beyond the recent growth we’ve experienced in Australia.”

The Directors have determined that an unfranked final dividend of 7 cents per share will be paid to shareholders on September 19 2019, which takes the full year dividends to 13 cents, compared to 11 cents which was paid in relation to the 2018 financial year.

Hill said, “I am pleased that we have been able to remain on track for solid consistent increases in returns to shareholders again this year, despite some of the challenges we faced. As we look forward, are optimistic about our growth brands. At the same time, we will work through the divestment of Dwindle and the associated restructuring of the North American business and other underperforming brands, which is part of the on-going evolution of our business. Looking forward, we expect working capital levels to be lower in the 2020 financial year due to a planned reduction in inventory months on hand. Current profit outlooks are largely in line with FY19, however these outlooks do not take into account recent macro events caused by the ongoing trade war between the USA and China. The resulting devaluation of the AUD against the USD and the proposed introduction of increased duties on US imports from China are likely to have a negative impact on profitability in FY20, the full effect of which is not yet known.”

Globe International also announced that the divestment of its Dwindle brands that occurred following the end of the year on  August 9, 2019. The sale of this business division was part of the ongoing strategic overhaul of the Group’s brand mix, aimed at reducing the number of smaller brands in the global operations. 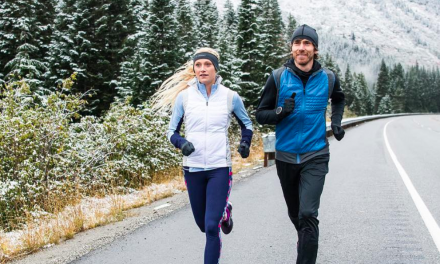