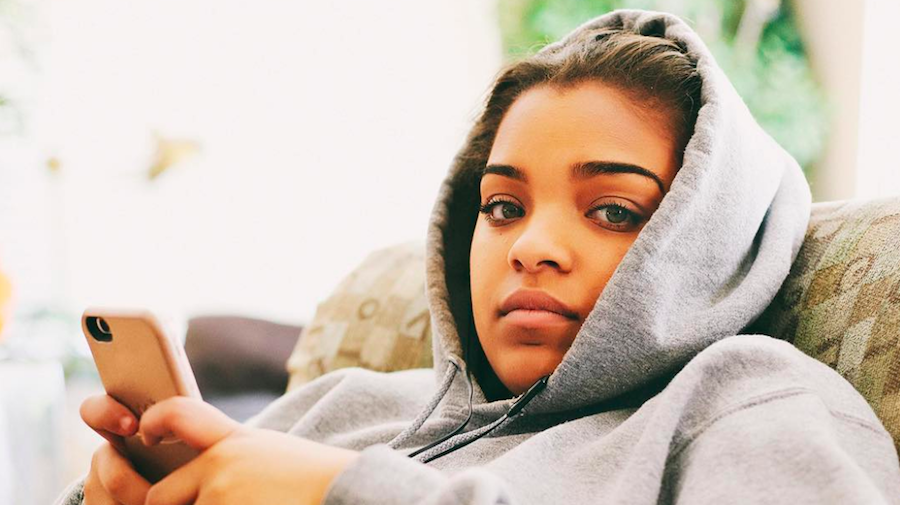 Gildan Activewear reported underlying earnings in the fourth quarter came in at the high end of guidance as robust Printwear sales helped offset rising input costs and weak socks sales in its Branded segment. The company also announced plans to consolidate the Printwear and Branded segments as part of a major realignment for 2018.

In the quarter ended December 31, net earnings slumped 26.0 percent to $54.9 million, or 25 cents a share, after charges largely covering the organizational consolidation.

On an adjusted basis excluding non-recurring items in both periods, earnings dipped 9.3 percent to $74.5 million, or 32 cents a share, landing at the top end of its EPS guidance.

The decline was due to the 4-cents-per share impact of the non-recurrence of a tax recovery that benefited the year-ago quarter. Excluding this impact, adjusted EPS reflected the strong sales growth in the quarter that more than offset the impact of higher raw material and other input costs and negative 3-cents-a-share impact from manufacturing and inefficiencies related to production shutdowns taken in the quarter due to some disruption in Honduras following the election there and higher SG&A expenses.

Sales climbed 11.2 percent to $653.7 million and 8 percent on an organic basis. The gain reflected a sales increase of 27.6 percent in the Printwear segment, including the impact of the acquisition of American Apparel, partly offset by a decline of 9.2 percent in Branded Apparel.

Gross margin reached 27.1 percent in the quarter, up 40 basis points from the same period last year even after absorbing manufacturing inefficiencies related to the production shutdowns in the quarter, which negatively impacted gross margin by 95 basis points. The increasing gross margin was driven by a richer product mix in Printwear, and higher net selling prices. These positive factors more than offset anticipated higher raw material costs and negative mix in Branded Apparel.

SG&A expenses increased 19.7 percent to $103.9 million, rising to 15.9 percent of sales from 14.7 percent. The higher SG&A expenses were due primarily to its American Apparel acquisition, lower fixed cost absorption in Branded Apparel and increases in distribution and e-commerce expenses. Consequently, adjusted operating margin was 11.2 percent in the quarter compared to 11.9 percent in the fourth quarter of 2016.

Among its segments, Printwear sales in the quarter were $415.6 million, up 27.6 percent. The gains were primarily due to strong unit sales volume growth in both domestic and international markets, the benefit of favorable product mix, a $16.6 million sales contribution from American Apparel, and higher net selling prices year over year. Excluding American Apparel, sales increased 22.5 percent organically. Said Harries, “While we continued to see growth momentum in fashion basics, unit volumes for basics were also up in the quarter and included strong fleece shipments as we anticipated.”

Operating income in Printwear in the quarter totaled $82.8 million, up 20.7 percent and driven by the increase in sales. Operating margins were 19.9 percent in the fourth quarter of 2017, down 110 basis points over the same quarter last year primarily due to higher raw material costs, expenses related to unanticipated production shut downs, as well as increased SG&A expenses due to the American Apparel acquisition, higher distribution costs and expenses related to the further development of its e-commerce infrastructure. These factors were partly offset by the benefit of more favorable product mix driven by the strong growth in fashion basics and a higher proportion of fleece shipments, as well as the benefit of higher net selling prices.

In the Branded Apparel segment, sales in the quarter totaled $238.1 million, down 9.2 percent.

“We continue to be excited about our prospects in underwear,” said Harries. “You may have noticed earlier this month we announced the launch of the complete product offering for Gildan branded men’s underwear on Amazon, which now includes a much wider assortment of styles than previously sold on Amazon.”

In addition, activewear sales in its craft business continued to be strong and sales of the global lifestyle brands were up as well in the quarter, where Gildan continued to see weakness within the sock business at mass department stores and national chains and sports specialty. Said Harries, “Our business was down here more significantly than we expected due to a number of factors including a clear shift in focus of some of our mass customers to their own private label programs.”

Operating income in Branded Apparel fell 30 percent to $16.8 million. The decline was primarily due to the impact of unfavorable product mix, higher raw material costs and SG&A de-leverage resulting from the decline in sales.

Branded Apparel sales in the year were off 0.6 percent to $928.8 million, below the company’s projection of low single-digit growth due to lower sock sales and the impact from the planned exit of private label programs.

The latest quarter included $11.0 million of restructuring and acquisition-related costs primarily associated with the company’s organizational consolidation, as well as integration costs related to current and prior year acquisitions. As part of the realignment, Gildan consolidated its Printwear and Branded Apparel businesses into one marketing, merchandising, sales and distribution organization under the leadership of Mike Hoffman, who was previously president of Printwear.

Said Harries, “This consolidated structure will allow us to take advantage of the various dynamics affecting the marketplace. We’re seeing retail brands making their way into Printwear, while products in Printwear become more accessible to consumers through online vendors.”

The changes also reflect growth of e-commerce that is affecting channels of distribution both on the retail side and also on the Printwear side, and the overall market dynamics are leading them to a renewed emphasis by retailers on private label programs.

“We believe our new structure positions us to better leverage a common platform across all of our brands and distribution channels,” said Harries. “While we are making investments in areas that will enhance our capabilities including distribution and e-commerce initiatives, a more streamlined and linear front-end organization will allow us to better capitalize on the market opportunities for our brands and drive operational efficiencies and cost savings across the organization.”

In light of the new structure, Gildan will report under one reportable business segment going forward although enterprise-wide disclosures of net sales by major product group and geographic area will still be provided. The quarterly breakdown will include activewear and innerwear, with innerwear including sock and underwear categories.

For 2018, Gildan is projecting adjusted diluted EPS in the range of $1.80 to $1.90, which at the midpoint of the guidance range represents growth of approximately 7.5 percent over 2017 on projected organic net sales growth in the low to mid-single digit range. Adjusted EBITDA for 2018 is expected to be in the range of $595 million to $620 million.

Projected sales growth for 2018 is expected to be driven by volume growth of imprintables in North America and double-digit volume growth in international markets. In North America, continued growth momentum is projected for its fashion basics brands, including American Apparel, Anvil, Comfort Colors and its new product line under the Gildan Hammer brand. The Gildan Hammer collection, featuring heavier ring-spun line of shirts, saw a positive customer response at the Imprinted Sportswear Show.

American Apparel sales are expected to double in 2018 to reach $100 million less than two years after acquiring the brand, having ramped up production within own manufacturing operations and having re-launched the brand to U.S. consumers through our e-commerce platform. In 2018, American Apparel will be expanded internationally, including Printwear in a direct-to-consumer launch in the European market by the end of the first quarter of 2018.

Total projected sales growth in 2018 is also expected to reflect the positive impact of product mix, favorable foreign exchange and higher net selling prices reflecting the price increases implemented in December to offset in part rising raw material and input costs. These positive factors are expected to be partly offset by a projected decline in unit sales of socks primarily at mass retailers as these customers shift more emphasis toward their own private label brands.

Harries said that Gildan plans to focus on improving profitability in its sock business with the new organizational structure expected to reduce operating costs.

The earnings growth for the year is expected to be driven by the benefits of higher sales, anticipated cost reductions in connection with the company’s organizational consolidation and the impact of share repurchases during 2017, partly offset by projected high raw material and other input costs and expenses related to distribution and e-commerce initiatives as it enhances its direct-to-consumer capabilities.

For the first quarter, adjusted EPS growth in the first quarter of 2018 to be down compared to a strong first quarter last year, which was a record for the company. The year-ago quarter had benefited from price increases ahead of the flow-through of higher raw material costs. Sales in the first quarter are expected to be down slightly as a result of constraints in product availability resulting from the production downtime taken in the fourth quarter and early this quarter due to the election in Honduras. Said Harries, “While these constraints should be resolved by the end of the quarter, our inventory in certain product categories is tighter than we would like.” 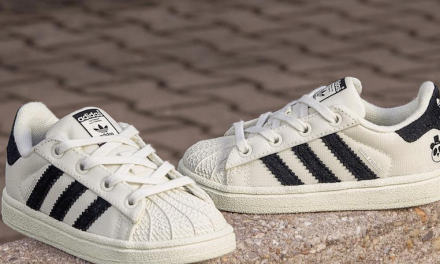