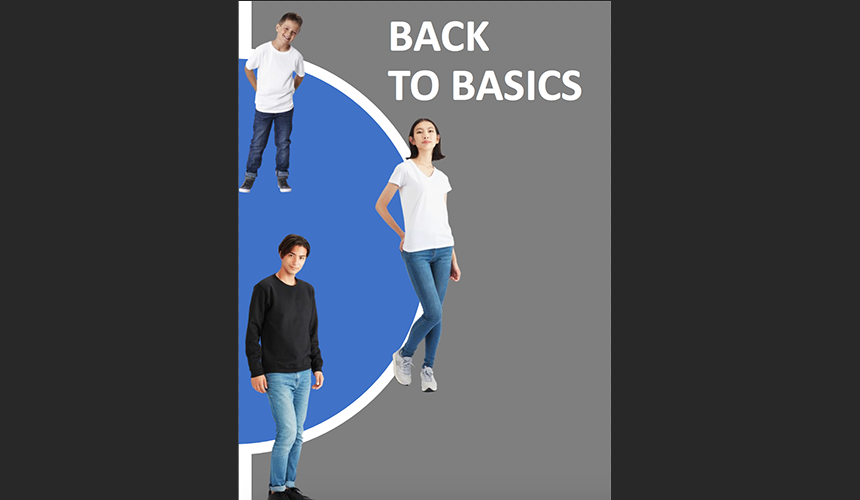 Gildan Activewear reported sales declined 18.6 percent year-over-year in the third quarter as steep declines in activewear were only partially offset by strong sales growth in the hosiery and underwear category.

Results for the third quarter reflected a strong improvement from the second quarter, despite ongoing COVID-19 impacts. Gildan said it generated sales of $602 million, up sequentially from $230 million in the second quarter this year, and returned to a profit with GAAP diluted EPS of 28 cents and adjusted diluted EPS of 30 cents. Cash flow was strong with the company generating free cash flow of $137 million in the quarter, with free cash flow generation over the last two quarters totaling over $300 million. From a sales perspective, Point of Sales (POS) levels in the imprintables channel, although down on a year-over-year basis, remained relatively stable through the third quarter while sales to retailers were up year-over-year. Increased capacity utilization and improved product-mix in the third quarter led to a significant sequential improvement in gross margin which totaled 22.5 percent. Further, Gildan said its strong focus on cost control translated to SG&A expenses totaling 10.2 percent of third-quarter sales, with expenses down 22 percent on a year-over-year basis.

“We were pleased with the recovery of our sales and earnings during the third quarter. Retail sales performance was driven by momentum in underwear, and while the lack of large events continues to impact imprintable channels we are nonetheless seeing areas of opportunity” said Gildan President and CEO, Glenn J. Chamandy. “Further, we continue to be pleased with the results we are seeing from our “Back to Basics” strategy as we continue to place a strong focus on meeting our customers’ needs and growing market share through simplification of our product portfolios, removal of cost and complexity from our business and fully leveraging our world-class, sustainably-focused, vertically-integrated manufacturing platform.”

Q3 2020 Operating Results
Sales for the third quarter of 2020 of $602 million declined 18.6 percent compared to last year and were comprised of activewear sales of $456 million, down 26.3 percent from the prior year, and strong sales growth in the hosiery and underwear category, where Gildan said it generated $146 million of sales, up 21.2 percent compared to the third quarter of 2019. The decline in activewear sales was primarily driven by lower unit sales volume, unfavorable product mix and higher promotional discounting in the imprintables channel.

Imprintables sales volume was down 21 percent in North America and 25 percent in its international markets, reflecting the ongoing impact from COVID-19. Despite the sales volume decline, Gildan said it was encouraged to see that overall POS trends in its imprintables channels remained relatively stable through the third quarter, on average down year-over-year approximately 15 percent to 20 percent in North America and approximately 25 percent in international markets, largely in line with the POS levels Gildan saw in these markets as Gildan exited the second quarter this year. Although Gildan did see distributor destocking in the quarter, the level of destocking was significantly lower than the second quarter.

On the retail side, activewear sales were down slightly compared to last year. The 21.2 percent increase in the hosiery and underwear sales category was driven by strong momentum from its private and Gildan-branded underwear products which continued to gain share and doubled in sales in the quarter. Although hosiery sales in the quarter improved sequentially, sales were slightly down compared to the prior year.

Gross margin in the quarter was 22.5 percent, reflecting a strong improvement from the gross loss incurred in the second quarter related to significant COVID-19 impacts and Back to Basics charges. The Back to Basics strategy rolled out in 2019 is intended to simplify Gildan’s product portfolio and reduce complexity in manufacturing and distribution. Compared to the third quarter last year, gross margin was down 490 basis points mainly due to a 280 basis point unfavorable product mix impact, an approximate $15 million or 250 basis point impact on gross margin related to lower manufacturing capacity utilization costs, as well as lower net selling prices due to the continuation of higher promotional imprintables discounting in the quarter. These factors more than offset the benefit of manufacturing cost efficiencies stemming from its Back to Basics initiatives and lower raw material costs compared to the prior year. Although product-mix was unfavorable in the quarter, the impact on gross margin was far less than the 600-basis point impact Gildan saw in the second quarter, and Gildan said it expects the negative impact from product mix to reverse as its sales continue to normalize.

SG&A expenses for the third quarter of $61.5 million, or 10.2 percent of sales, were down $17.5 million compared to SG&A expenses of $79.0 million, or 10.7 percent of sales, for the same quarter last year. The year-over-year reduction reflected lower compensation and lower volume-driven distribution expenses, and the benefit of continued cost savings stemming from its Back to Basics initiatives.

The company generated strong free cash flow in the quarter totaling $137 million, up from $87.3 million in the third quarter last year. The improvement in free cash flow was driven by tightly managing working capital, including inventories, as well as capital expenditures. The company spent $14.1 million in capital expenditures in the quarter, down from $40.2 million last year, primarily for maintenance purposes. At the end of the third quarter, the company’s net debt stood at $850.4 million and its liquidity position at approximately $1.3 billion.

Current Market Environment
Due to the unprecedented nature and uncertainty related to the impacts of COVID-19, Gildan withdrew its guidance for 2020 on March 23, 2020. While Gildan said it is not providing a financial outlook at this time, the following reflects what it is currently seeing in the market environment.

POS trends in its imprintables channels have further improved more recently, with average POS for the month of October down in the 10 percent range in the U.S. market and down on average between 20 percent and 25 percent in international markets compared to last year. In retail, Gildan said it has seen continued sales growth for most of its products thus far in the quarter. While the start to the fourth quarter is encouraging, Gildan nonetheless remains cautious given the ongoing trajectory of the pandemic as well as the uncertain outlook for the global economy and the overall impact this may have on the demand for its products. Finally, while Gildan said it has made, and continues to make, good progress in the execution and acceleration of its Back to Basics strategy, in the fourth quarter Gildan will be completing a strategic retail product review, as previously communicated. To the extent that its review leads to a decision to rationalize any part of its retail product offering, a related inventory charge could be incurred in the fourth quarter which Gildan does not expect it would exceed $25 million.

Environmental, Social and Governance (ESG)
On October 14, 2020, Gildan was recognized among the top global performers in sustainability achieving a high standing in The Wall Street Journal’s inaugural ranking of the Top 100 Most Sustainably Managed Companies in the world. “We are proud of this recognition as the only North American apparel company and second among only three apparel companies globally included in this list,” said Chamandy. “This is a testament to our unique business model of owning and operating our manufacturing facilities and reflects the strong commitment and continued progress we have made in the area of Environmental, Social and Governance practices over many years.”