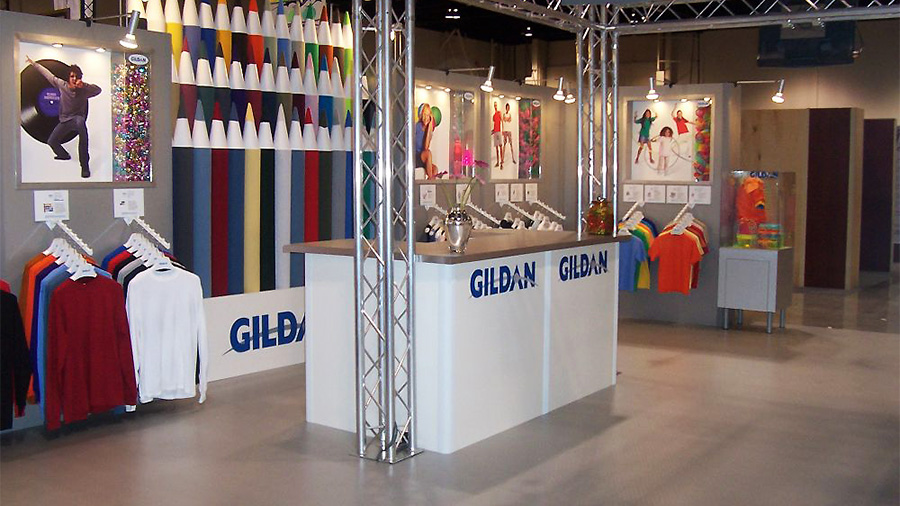 “We are pleased with our record sales and earnings for the quarter, underpinned by the Gildan sustainable growth strategy, including our focus on innovation and ESG,” said Glenn J. Chamandy, Gildan president and CEO. “Furthermore, our first half performance points to the tight control we currently have over our supply chain and cost structure, which puts us in a good position to support our customers’ demand as we move through the remainder of the year.”

During the second quarter, Gildan generated sales of $896 million, up 20 percent over the prior year. Gildan maintained strong gross margin and SG&A performance, delivering an operating margin of 19.4 percent, and an adjusted operating margin of 19.6 percent in a continued environment of inflationary cost pressure, down only 30 basis points over last year. Gildan delivered record GAAP diluted EPS of $0.85 and adjusted diluted EPS of $0.86, up 15 percent and 27 percent, respectively, compared to the second quarter of 2021. Cash generated from operating activities in the quarter totaled $210 million and after Capex investments of approximately $50 million, Gildan delivered $159 million of free cash flow. Consistent with its capital allocation priorities, Gildan continued to be active on its share buyback program, repurchasing approximately 3.6 million shares in the quarter. With its current program now coming to expiry in early August, its Board of Directors approved the implementation of a new normal course issuer bid (NCIB) program to repurchase 5 percent of the company’s issued and outstanding common shares over the next twelve months. Gildan ended the quarter with a total debt position of $922 million, while net debt1 increased slightly to $848 million, bringing its net debt leverage ratio1 to 1.1, at the low end of the company’s target range.

Q2 2022 Operating Results
Sales for the second quarter ending July 3, 2022, of $896 million, were up 20 percent over the prior year, consisting of activewear sales of $758 million, up 27 percent and sales in the hosiery and underwear category of $138 million, down 8 percent over the prior year. The activewear sales increase was due to higher net selling prices, which reflected base price increases and lower promotional discounting this year, as well as a favorable product mix, and higher activewear shipments in North America. These positive factors were partly offset by lower international shipments due to demand weakness in Asia. In the hosiery and underwear category, the sales decline was driven by lower unit sales due to softening demand in retail, as well as the impact of the non-recurrence of stimulus payments that positively impacted demand for these categories in the prior year.

SG&A expenses for the second quarter of $88 million were up approximately $8 million compared to $80 million last year primarily due to the impact of cost inflation and higher volume-driven distribution expenses. SG&A expenses as a percentage of net sales improved 80 basis points to 9.9 percent compared to 10.7 percent last year, due to the benefit of sales leverage and SG&A cost management, which more than offset inflationary cost pressures.

Gildan’s cash from operating activities in the second quarter totaled $210 million and Gildan generated a free cash flow of $159 million compared to $208 million last year. The decrease in free cash flow reflected planned increases in capital expenditures and inventory, including the impact of inflation on unit costs, as well as the non-recurrence of an $18 million net cash benefit from insurance proceeds received in the second quarter last year, which offset higher operating earnings. The increase in capital expenditures relates to planned capacity expansion in Central America, the Caribbean and Bangladesh. The company ended the second quarter of 2022 with total debt of $922 million and net debt of $848 million, and a leverage ratio of 1.1 times net debt to trailing twelve months adjusted EBITDA1.

Year-To-Date Operating Results
Net sales for the six months ended July 3, 2022, were $1,670 million, up 25 percent over the same period last year, reflecting an increase of 32 percent in activewear sales, partly offset by a decline of 4 percent in the hosiery and underwear category. The year-over-year increase in activewear sales where Gildan generated sales of $1,425 million was primarily driven by higher net selling prices, favorable product mix and higher unit sales volumes. Activewear volume growth reflected the continued recovery in demand from COVID-19 and its ability to better service demand this year due to stronger inventory levels as compared to the prior year, which was impacted by the hurricanes in Central America that occurred towards the end of 2020. The decline in the hosiery and underwear category where Gildan generated sales of $245 million in the first half of 2022 reflected the impact of lower unit sales volumes due to weaker demand in retail.

On a year-to-date basis, Gildan generated an operating income of $336 million up from $273 million, and on an adjusted basis $334 million up from $259 million last year was driven primarily by the 25 percent year-to-date increase in sales. The operating margin of 20.1 percent for the first half of the year was down 40 basis points over last year. Adjusted operating margin of 20.0 percent improved 60 basis points from 19.4 percent in the first half of 2021 reflecting the benefit of SG&A leverage, partly offset by the lower adjusted gross margin due to inflationary cost pressures. As a result, Gildan reported net earnings and adjusted net earnings1 for the first half of 2022 of $305 million and $304 million, up 24 percent and 32 percent, respectively, compared to last year. Diluted and adjusted diluted EPS for the first half of the year totaled $1.62, up 32 percent and 40 percent, respectively compared to diluted EPS of $1.23 and adjusted diluted EPS of $1.16 last year, the increases of which also reflected the benefit of share repurchases made under the company’s NCIB programs.

Outlook
Gildan said, “As we move into the second half of the year, while we have seen some slowing, we believe the recovery of large events and travel and tourism remains a tailwind to demand, which is supported by the feedback we are getting from our major imprintables distributors. Also, while we are seeing a softening retail environment, for Gildan this is primarily impacting national account customer sales of activewear, hosiery and underwear products, which represents a smaller part of our overall business. As such, given our record first-half performance and the ongoing benefits of our Back to Basics strategy, combined with our shift to the GSG strategy, we remain positive as we move forward and confident about our ability to deliver on our three-year objectives announced earlier this year.”