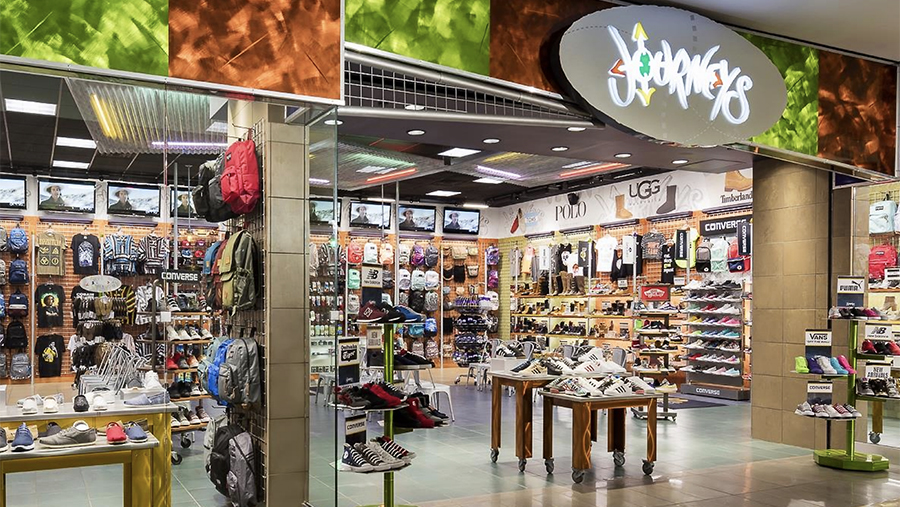 Genesco, Inc., the parent of Journeys, reaffirmed its guidance for the year after reporting that first-quarter earnings surpassed  Wall Street estimates.

Mimi E. Vaughn, Genesco board chair, president and chief executive officer, said, “We are very pleased with our start to fiscal 2023, particularly our ability to exceed profitability expectations. While the year-ago period posed a difficult comparison due to government stimulus-fueled consumer spending, especially for our Journeys business, our top and bottom-line performance on a multi-year basis underscore the success of our footwear-focused strategy and our conviction that our company is fundamentally stronger than prior to the pandemic. Importantly, our business accelerated sequentially in April and thus far in May versus last year as inventory levels improved. Our work on increasing digital penetration, improving store economics, and growing branded sales has put us in a great position to drive profitable growth across all channels. We believe these results are a good indication of the positive things to come as we move into the back-to-school and holiday selling seasons.”

Thomas A. George, Genesco chief financial officer, commented, “Our first quarter results were highlighted by strong full priced selling as we continue to experience healthy demand for our merchandise offerings. While sales would have been higher if not for inventory shortfalls, we are pleased that our top-line grew 5 percent versus the same pre-pandemic period three years ago with 90 fewer stores and adjusted operating income increased 14 percent. This combined with share repurchases, allowed us to achieve a 33 percent increase in adjusted EPS compared with pre-pandemic levels with the more efficient use of capital to drive these results.  With this first-quarter performance and updated outlook for the remainder of the year, we are reaffirming our expectations for adjusted earnings per share for Fiscal 2023 to range between $7.00 and $7.75. We still believe somewhere close to the middle of the range is where we will land.

First-quarter gross margin this year was 48.3 percent, up 50 basis points, compared with 47.8 percent last year and down 110 basis points compared with 49.4 percent in Fiscal 2020. The increase, as a percentage of sales, as compared to Fiscal 2022, is due primarily to lower shipping and warehouse expenses as a result of lower e-commerce penetration, increased full-priced selling and price increases partially offset by the channel mix impact of increased wholesale sales and increased freight and logistics costs.

Capital Expenditures and Store Activity
For the first quarter, capital expenditures, excluding its new headquarters building, were $11 million related primarily to digital and omnichannel initiatives. Depreciation and amortization were $11 million. During the quarter, the company opened four stores and closed 15. The company ended the quarter with 1,414 stores compared with 1,444 stores at the end of the first quarter last year, or a decrease of 2 percent. Square footage was down 2 percent on a year-over-year basis.

Share Repurchases
The company repurchased 102,895 shares during the first quarter of Fiscal 2023 at a cost of $6.5 million or an average of $63.17 per share. The company currently has $100.3 million remaining on its expanded share repurchase authorization announced in February 2022.