These results, which were better than expectations, include a net loss of $0.08 per diluted share related to the redemption of $103 million of Convertible Subordinated Notes during the quarter. Excluding the refinancing-related expenses, the Company reported earnings per diluted share of $0.03 (see Table 3). Net sales for the quarter were $179 million compared to $175 million for the second quarter of fiscal 2003.

The notes were called for redemption on June 24, 2003, upon completion of the sale by the Company of $86 million of Convertible Subordinated Debentures due 2023. The Company previously announced that the incremental net interest expense while both issues were outstanding during the 30-day call period for the Notes, and the loss on early retirement of the Notes (consisting of unamortized deferred note expense and redemption premium) would reduce diluted earnings per share for the quarter by $0.08.

Genesco President and Chief Executive Officer Hal N. Pennington, said, “Our better than expected results for the quarter were primarily driven by stronger comps at Journeys and a continued robust performance at Underground Station. Both of these chains had a solid start on back-to-school, and their positive momentum late in the quarter has continued into August. Journeys' same store sales declined 1% for the quarter, which was better than the 3% decline we had expected. Underground Station posted a 9% same store sales increase, on top of 19% in the second quarter last year. We believe that both these businesses are well positioned for the second half.

“Although Johnston & Murphy faces continuing short-term challenges, we saw in the second quarter some encouraging indications that the turnaround there is working. Same store sales in Johnston & Murphy retail increased 2% for the quarter.

“Both the Jarman retail stores and Dockers Footwear performed below expectations. Jarman's same store sales declined 14%, reflecting its inability to participate in the women's and fashion athletic trends that are leading both Journeys' and Underground Station's strong early season performance. Dockers' performance continues to reflect conditions in its market segment as well as lower than expected sell-throughs in one of its product lines. Primarily because of these businesses and the continuing challenges at Johnston & Murphy, we believe it is prudent to adopt a more conservative outlook for the second half of the year.”

Pennington concluded, “We move into the second half of the year with a strong balance sheet and positive momentum at Journeys and Underground Station, and while we still have work to do at Johnston & Murphy, we believe our strategies are sound and we continue to see progress. At the same time, we are responding to the current challenges we are facing in our Jarman stores and at Dockers and we are committed to improving those businesses. We remain focused on long-term growth and profitability in all of these divisions.” 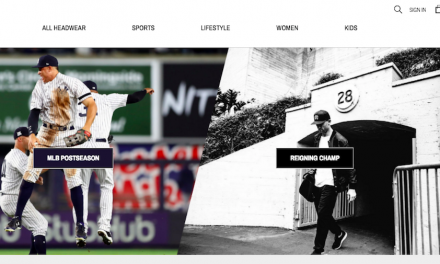