Highlights in the quarter include:

“Stronger than expected revenue performance continued in the third quarter with fitness and marine delivering exceptional growth,” said Cliff Pemble, president and chief executive officer of Garmin Ltd. “In addition, the gross and operating margins were strong as we effectively controlled operating expenses. This resulted in $0.69 of pro forma EPS. Given these third quarter results, we are increasing our full year pro forma EPS guidance to $2.40 – $2.45.”

The outdoor segment posted a revenue decline of 4 percent in the quarter as we were unable to replicate our strong third quarter 2012 results. Gross and operating margins within the segment remained strong at 69 percent and 44 percent, respectively. During the quarter, we introduced our latest outdoor product family, the VIRB action cameras. The VIRB and VIRB Elite bring new features to the action camera market including color displays, GPS, extended battery life, fitness sensor integration, and ability to control the camera through a range of existing Garmin devices. We anticipate that this new offering and others coming in fourth quarter will accelerate growth in our outdoor segment.

The fitness segment posted revenue growth of 25 percent in the quarter as our full portfolio of products sold well, led by the Vector power meter and Edge cycling computers. While gross margins declined 370 basis points from the prior year due to the product mix, operating margins were consistent due to the strong revenue growth. In the third quarter, we announced the Forerunner 220 and 620, which will begin delivery in the fourth quarter. Consumer interest in these new running watches is strong due to the exciting new form factor, color display, and ground-breaking new features such as running dynamics and wireless connectivity. We also began shipment of the Edge Touring, designed for navigating by bike, and our first product specifically targeting this unique subset of the cycling community.

The aviation segment posted revenue growth of 15 percent in the quarter as both OEM and aftermarket contributed to revenue improvement. OEM growth continues to be driven by market share gains in the business jet and helicopter markets, as well as increased content with existing OEM partners. The gross and operating margins in aviation improved year-over-year to 71 percent and 28 percent, respectively. While near-term results have been positive, the industry remains challenging and this has been further intensified by the furloughs imposed at the FAA causing short-term delays in certifications and shipments. Though this may create headwinds in the fourth quarter, we continue to be excited about our long-term market share opportunities and will increase our research and development investment accordingly.

The marine segment posted revenue growth of 24 percent in the quarter driven primarily by strong demand for our chartplotters. Unfortunately, the pricing environment for marine electronics has become more competitive, which is putting pressure on gross margins. This is a challenging industry dynamic but we managed operating expenses effectively in the quarter allowing us to generate operating income. We will continue to focus on innovation that will drive market share gains, while closely managing costs to improve long-term profitability.

The automotive/mobile segment posted a revenue decline of 16 percent as PND sales continued to decline as forecast. We anticipate PND volumes will continue to decline 20 percent globally in 2014 and are managing our business accordingly. Gross and operating margins in the quarter were 46 percent and 17 percent, respectively, as the segment remains highly profitable even while we continue to invest in research and development efforts related to long-term OEM opportunities. We look forward to seeing evidence of our success with the launch of Garmin navigation in some 2014 Mercedes Benz models.

Total operating expenses in the quarter were $201 million, a 1 percent increase from the prior year. Decreased spending in advertising was driven primarily by lower cooperative advertising, which is directly related to sales. This was offset by growing research and development investment in each of our segments while selling, general and administrative expenses were constant. We continue to invest in research and development to foster both near-term and long-term revenue growth opportunities.

The effective tax rate in third quarter 2013 was 15.7 percent, excluding the $52 million impact of reserve releases associated with specific uncertain tax positions offset by the Taiwan surtax due to this release of reserves, compared to 13.7 percent in the prior year due to changes in income mix by tax jurisdiction, as well as reduced tax incentives in Taiwan.

In the third quarter, we generated $205 million of free cash flow which continues to fund our quarterly dividend and share repurchase activity, which totaled $14 million in the current quarter. We ended the quarter with cash and marketable securities of almost $2.8 billion.

We have increased our 2013 guidance to reflect the strong third quarter performance. We now anticipate operating income of approximately $530 million partially offset by a higher effective tax rate resulting in a pro forma EPS range of $2.40 – $2.45. 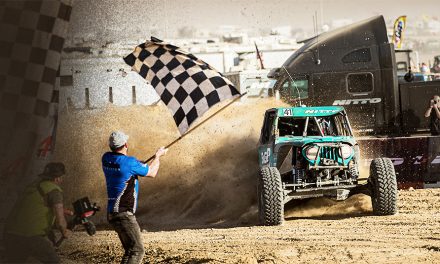