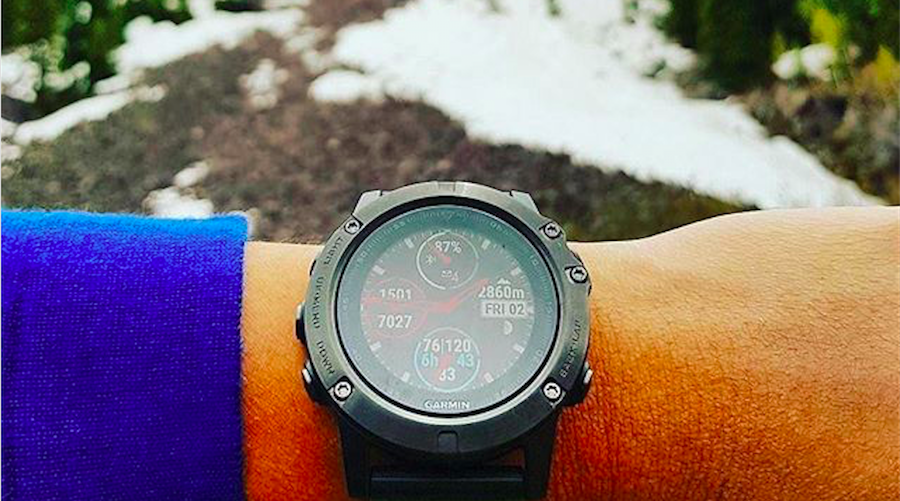 Highlights for the first quarter 2018 include:

“We achieved record first quarter revenue with double digit consolidated growth led by strong growth in our outdoor, fitness, aviation and marine segments. Both the outdoor and fitness segments delivered solid, double-digit revenue growth, and we remain confident in our wearable product offerings. We are pleased with our first quarter results and look forward to launching new, compelling products throughout the remainder of the year.”

Outdoor
During the first quarter of 2018, the outdoor segment grew 24 percent with significant contributions from the fēnix adventure line of wearables. Gross margin improved to 65 percent while operating margin remained strong at 30 percent, resulting in operating income growth of 27 percent. Garmin introduced the tactix Charlie, a tactical-themed GPS wearable, and began shipping the Descent dive watch, bringing an attractive design to underwater adventurers. Looking forward, Garmin said the company will remain focused on opportunities in wearables and other product categories within the outdoor market.

Fitness
During the first quarter of 2018, the fitness segment posted revenue growth of 20 percent, primarily driven by the company’s advanced wearables. Gross and operating margins increased year-over-year to 58 percent and 20 percent, respectively, resulting in an operating income growth of 81 percent. During the first quarter, Garmin started shipping the first GPS running watch with integrated music and Garmin Pay contactless payments. Garmin recently introduced the Edge 130, a compact GPS cycling computer; the Edge 520 Plus, an advanced cycling computer and the Varia RTL510 rearview radar. Both computers allow cyclists to plan and download their route in advance and brings connectivity to riders. The updated Varia radar enhances the safety features from the first generation and the new design easily mounts to most road-use bikes. Even though the market for basic activity trackers has continued to rapidly mature, Garmin said the company will continue to see opportunities for advanced wearables within the fitness segment.

Auto
The auto segment recorded a revenue decline of 12 percent in the first quarter of 2018, primarily due to the ongoing PND market contraction somewhat offset by growth in certain niche product lines. Gross and operating margins were 43 percent and 2 percent, respectively. During the quarter, Garmin announced a new generation dēzl 780, with built in wi-fi and dash cam capabilities, bringing advanced safety features and alerts to the trucking industry.

Additional Financial Information
Total operating expenses in the quarter were $284 million, an 11 percent increase from the prior year. Research and development increased 16 percent, driven by the incremental costs associated with acquisitions, investments in the outdoor and fitness segments for the development of advanced wearable products and continued innovation in the aviation segment. Selling, general and administrative expenses increased 15 percent, driven primarily by personnel-related expenses and incremental costs associated with acquisitions. Advertising expenses decreased 20 percent year-over-year, primarily due to reduced media spending and lower cooperative advertising.

In the first quarter of 2018, Garmin generated $188 million of free cash flow. Garmin continued to return cash to shareholders with a quarterly dividend of approximately $96 million. The company ended the quarter with cash and marketable securities of approximately $2.4 billion.

As announced in February 2018, the board will recommend to the shareholders for approval at the annual meeting to be held on June 8, 2018 a cash dividend in the total amount of $2.12 per share (subject to adjustment in the event that the Swiss Franc weakens more than 35 percent relative to the USD), payable in four equal installments on dates to be approved by the board.

2018 Guidance
Garmin said the company is maintaining 2018 guidance for revenue of approximately $3.2 billion and pro forma EPS of $3.05.