Customers at the remodeled Greensboro store will enjoy easy access to Gander Mountain’s unmatched selection of new and used firearms around the country, whether the firearms are located at other stores, in central distribution facilities or on Gander Mountain’s market-leading online store. Customers will be able to order firearms and have access to all of Gander Mountain’s other terrific merchandise by using simple online order kiosks with easy delivery and pick-up at their favorite Gander Mountain store. The new store also features new displays, innovative fixtures, open sight-lines, wider aisles, interactive signage, and a rich outdoor feel with new flooring, color schemes, stone and timber designs.

“It’s exciting to bring our great selection of merchandise, a sharp new look and improved shopping experience to so many of our Gander Mountain stores,” said David Pratt, Gander Mountain’s president and CEO. “Our new Firearms Super Centers have been very well received across the country, and we look forward to bringing that concept to many more stores in our network. Through these major remodeling projects, we’re giving our loyal patrons and our newest fans an even better place to get the best gear at the best prices.”

The major remodeling of the Gander Mountain store in Greensboro (located at 2223 Vanstory Street) has been ongoing for roughly four months. The store has remained open for customers with much of the work being done outside business hours.

In addition to its remodeling projects, Gander Mountain is in the midst of a sizeable expansion. In the past year, new Gander Mountain stores have opened in Valdosta, GA; Morrisville, NC; Lafayette, IN; Opelika, AL; Florence, AL; Winston-Salem, NC; Gastonia, NC; Monroe, NC; Rogers, MN and Tuscaloosa, AL. New stores will open in Dothan, AL, Albany, GA, and Charlottesville, VA in the coming months, and four more new fall 2013 stores in Texas were announced recently for Lewisville, Round Rock, San Antonio and Mesquite. 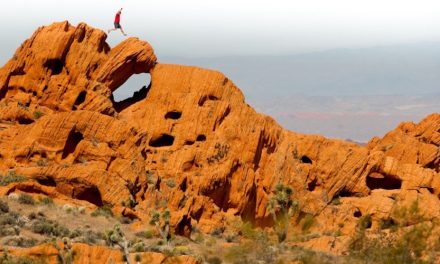