G-III Apparel Group, Ltd. said sales of licensed apparel, which includes sports licensed apparel from the four major sports leagues and the Touch by Alyssa Milano collection, increased 30.1% in the second quarter to $67.8 million from $52.1 million, primarily due to strength in Calvin Klein dresses.


Also driving the licensed gains was initial shipments of Ellen Tracy dresses and Dockers outerwear in the quarter, and the continuing roll out of Calvin Klein performance apparel which started shipping in the fourth quarter of last year.
Overall Q2 sales increased by 35% to $113.5 million from $83.9 million last year. Net sales of non-licensed apparel increased 18.8% to $38 million, from $32 million, primarily attributable to increased sales from our Jessica Howard dress division and the February 2008 acquisition of Andrew Marc. Net sales for its new retail segment were approximately $7 million from the Wilsons Outlet Stores, which it acquired in July 2008.
The net loss widened to $3.9 million, or 23 cents a share, from $884,000, or 5 cents, a year earlier, reflecting seasonal losses from the recently-acquired Andrew Marc businesses and Wilsons outlet retail chain.
Gross margins decreased to 25.5% from 26.1% last year, pulled down by increased closeout volume, softness in the women’s suit business, and delaying certain private label programs Licensed apparel margins decreased to 25.5%, from 27.3% in last year’s quarter; non-licensed apparel margins eroded to 22.2% from 24.4% in the previous year’s period. SG&A expenses increased to $32.5 million from $22.1 million, primarily attributable to SG&A expenses associated with the company’s new acquisitions.

G-III Apparel Group, Ltd. reported second-quarter sales increased by 35% to $113.5 million from $83.9 million last year. The company reported a net loss of $3.9 million, or 23 cents a share, for the three months ended July 31, compared to a net loss of $884,000, or 5 cents, a year earlier. The increase in the net loss was primarily the result of the seasonal losses of the recently-acquired Andrew Marc businesses and Wilsons outlet retail chain.

Morris Goldfarb, chairman and CEO, said, “We are pleased to have concluded another good quarter with record second quarter net sales combined with continued strategic development. We have made significant progress in integrating the Andrew Marc businesses acquired in February 2008 and are excited about the Wilsons outlet retail business acquired in July 2008. We believe we are well positioned to realize the benefits of both of these acquisitions in the upcoming fall and holiday seasons.”

Goldfarb continued, “Our non-outerwear businesses continue to perform at a high level. Our dress business, led by Calvin Klein, continued to post increased sales and profitability. In another important development, we furthered our key strategic partnership with the Calvin Klein organization through our license agreement to design, market and distribute Calvin Klein better womens sportswear. We expect this year round business to be a meaningful vehicle to grow sales and earnings in the near future and to help offset the seasonality associated with our core outerwear business and newly acquired retail business.”

Goldfarb concluded, “We have booked well for the upcoming fall season and believe we are well positioned for a successful second half. We believe that a combination of strong product, compelling brands and diversified distribution will enable us to meet our objectives, notwithstanding the challenges of todays retail environment.”

For the full fiscal year ending January 31, 2009, the company expects net sales of approximately $730 million, net income in the range of $23.5 million to $24.4 million, and diluted net income per share between $1.35 and $1.40. The Company is also forecasting EBITDA for the fiscal year ending January 31, 2009 to increase approximately 43% to 47% to a range of approximately $54.0 to $55.5 million. EBITDA should be evaluated in light of the companys financial results prepared in accordance with GAAP. A reconciliation of EBITDA to net income is included in a table accompanying the financial statements in this release. 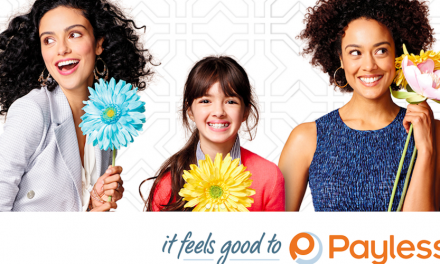