G-III Apparel Group, Ltd. announced that it has acquired Marvin Richards and Winlit, two privately-held outerwear businesses. Both transactions are expected to be accretive to G-III's net income per share for this fiscal year and to complement the company's existing group of licensed and private label programs. The acquisitions are expected to result in opportunities for expense leverage, economies of scale, and sales growth.

Morris Goldfarb, chairman and chief executive officer of G-III Apparel Group Ltd. said, “It has become highly important, given the accelerating consolidation of retailers and apparel manufacturers, to heighten our competitiveness and to position our Company to service the needs of an increasingly demanding base of customers. Through these transactions, we expect to improve our position in our industry and look forward to demonstrating the benefits of our new business structure to our customers and shareholders.”

Jeanette Nostra, president of G-III, said “We believe our customers and the market will react enthusiastically to the added diversity of our product offerings that will result from these transactions.”

The company has acquired J. Percy for Marvin Richards, Ltd. and affiliated companies for $19.2 million and 466,666 shares of G-III common stock. G-III may also be required to issue up to 150,000 additional shares of its common stock based on the future market price of its shares. The sellers will also be entitled to receive additional purchase price based on the performance of the Company's new Marvin Richards division through the fiscal year ending January 31, 2009. In addition to a sizable business under its own Marvin Richards brand, as a result of this acquisition G-III now has licenses with Calvin Klein for men's and women's outerwear and with St. John Knits for all women's outerwear. Marvin Richards also conducts a variety of private label programs.

Sammy Aaron, the president of Marvin Richards, will become president of the new Marvin Richards division of G-III, as well as vice chairman of G-III. He will also become a director of G-III. Mr. Aaron commented, “My partners, Lee Lipton and Andy Reid, and I are incredibly pleased to join forces with G-III. We have long respected and admired their position as one of the world's leading outerwear companies. I look forward to both joining the company's executive management team and to further strengthening our market presence.”

G-III acquired the operating assets of Winlit Group, Ltd. for approximately $7.3 million. The seller will also be entitled to receive additional purchase price based on the performance of the company's new Winlit division through the fiscal year ending January 31, 2009. As a result of this acquisition, G-III will now have the license for all outerwear for both men and women under the Guess? brand name, for leather outerwear under the Tommy Hilfiger brand name, as well as licenses for Ellen Tracy, London Fog, Pacific Trail, and BCBG by Max Azria. The Winlit division also conducts a variety of private label programs.

David Winn, the president of Winlit Group, Ltd., will join G-III as president of the company's new Winlit division. He commented, “I am proud to join the G-III team and to combine our strong suite of brands with the superior operating capabilities of our new partners. We believe that the combination will make our businesses much stronger and we are looking forward to continuing to build on our reputation and relationships to grow the combined businesses.”

Morris Goldfarb, concluded, “We are thrilled to have Sammy and David and their respective teams become part of the GIII organization and look forward to supporting the growth of these businesses.”

To finance the acquisitions and fund its increased need for working capital, G-III entered into a new $195.0 million secured bank facility led by CIT Group/Commercial Services, Inc., consisting of a three year revolving credit line with a maximum capacity of $165.0 million and a three year term loan in the principal amount of $30.0 million. Wayne S. Miller, G-III's chief operating and financial officer said, “We believe that CIT has a thorough understanding of our business and our strategic objectives. CIT was one of the lenders under our prior credit facility and we look forward to a very successful relationship with CIT and the rest of our bank group.”

“We fully support G-III in its acquisition strategy,” said John F. Daly, president of CIT Commercial Services. “We are dedicated to the apparel industry and are delighted to continue our relationship with G-III and Morris Goldfarb.” 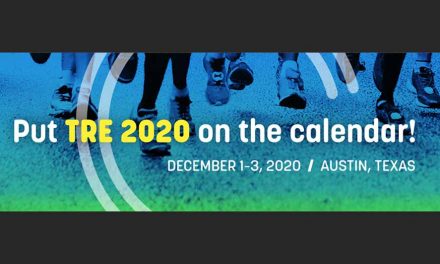