Vuarnet sunglasses makes a U.S. comeback with performance and style.

The brand gained its fame and namesake in the 1960s from French professional alpine skier Jean Vuarnet, who wore the shades and won gold at the 1960 Winter Olympics at Squaw Valley. The brand reigned in popularity among those in snowsports through the 1990s and later expanded to the surf world. But after several ownership changes and increased competition from larger brands, Vuarnet fell into the background and out of U.S retailers.

Now owned by French and British investors at London’s Neo Investment Partners, Vaurnet is making a comeback in the United States, targeting specialty retailers with its performance story — employing glass/mineral lenses — and style sported by Dainel Craig as James Bond in Spectre.

Vuarnet Inc. CEO Lucio Lozza, who SGB spoke with at the SIA Snow Show earlier this year, said he sees opportunity for niche brands to make a comeback in the sunglass market as consumers increasingly look for unique pairs that not only express their lifestyle, but also offer the utmost in performance and durability.

“The whole industry is going away from glass lenses because it’s too expensive,” Lozza said. But the material offers superior clarity and doesn’t scratch, he said. “Due to its purity of origin, natural mineral glass does not distort the vision and guarantees high-resolution precision, far beyond the performance of plastic materials used by most brands.”

The brand’s signature mirror, double-gradient-tinted coating glass protects with darker shades above and below to reflect glare, while the non-mirrored central section is slightly less tinted to preserve optimal clarity. The glass also remains durable over time, guarding against the degradation in UV-ray protection.

Vuarnet produces its glass/mineral lenses in its own factory in Meaux, France, and each lens is engraved with a discreet signature representing the brand’s initial on a ski to help prevent counterfeiting, officials said.

The brand’s technology and nimbleness will also allow it to produce ordered-subscription sunglass lenses in 6 to 9 days, Lozza said — something specialty retailers can boast to their customers.

Admittingly, Vuarnet isn’t as big as it once was — it only aimed for $10 million in sales in 2015, according to Bloomberg. The brand likely hit its high point in the United States as an official sponsor of the 1984 Summer Olympics in Los Angeles.

It’s hoping to recapture some of the glory here in the United States a second time around. Along with some of its re-created iconic performance lenses, the company also offers a collection of new lifestyle designs.

Glacier – The first created in the 1980s and most-recently worn by Daniel Craig in James Bond’s Spectre, these sunglasses were designed for mountaineers.

02 – Designed and developed in 1957 by optician Roger Pouilloux, the inventor offered a pair to Jean Vuarnet and cemented a partnership after the skier won downhill during the 1960 Winter Olympic Games. While the 02 model was known for its elegance on the ski slopes, it was quickly adopted as an urban style, worn by such famous personalities as Mick Jagger.

The elegance of the Vuarnet 02 was quickly adopted as an urban style and worn by celebrities like Mick Jagger.

03 – Launched in 1962, the 03 was inspired by the style of U.S. Air Force Pilots with its straight lines and square shape. It regained pop-culture fame in the late 1990s via The Big Lebowski, when The Dude, played by Jeff Bridges, wore the 03’s in what became a cult classic film.

Vuarnet 03’s gained pop-culture in the late 90s when Jeff Bridges, The Dude, wore the glasses in the cult
classic film The Big Lebowski. 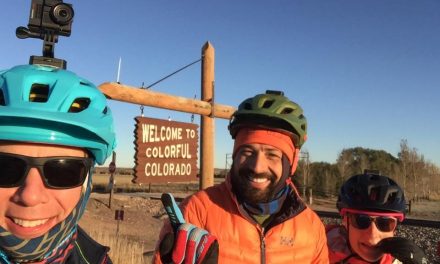 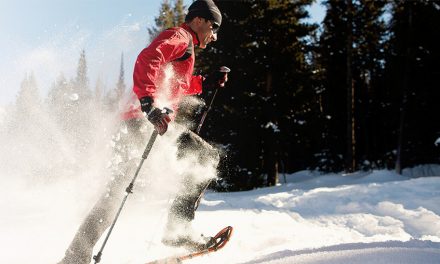 Snowshoeing … Your Ticket To Loving Winter 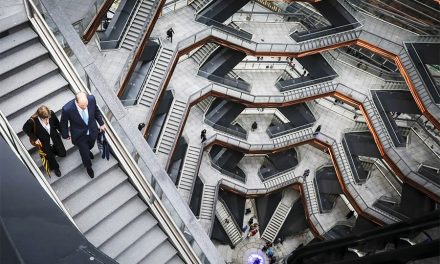 Hudson Yards …The New Mall For The 21st Century