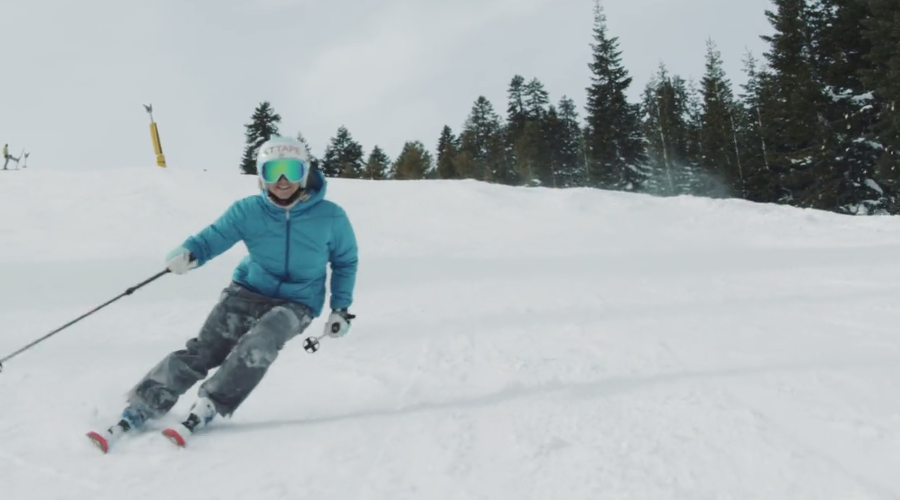 The Forest Service is releasing two videos featuring Olympic gold medalist Julia Mancuso, highlighting the beauty and recreational values of the Tahoe National Forest. The videos were produced in cooperation with Squaw Valley Alpine Meadows, which is hosting World Cup ski events in March 2017. The women’s world cup races are the first to take place in California in nearly 20 years.

In the videos, Julia Mancuso invites visitors to enjoy places where she learned to ski as a young child, the mountains that overlook Lake Tahoe. Mancuso grew up in the Tahoe-Truckee region and has seven World Cup wins, five World Championship podium finishes and three Olympic medals, including a gold medal in the giant slalom at the 2006 games in Turin, Italy.

Like more than 120 ski areas across the United States, Squaw Valley and Alpine Meadows are located on national forest lands. The Forest Service works with permittees to conserve and restore these public lands. Seven ski areas on the Tahoe National Forest operate under permit with the Forest Service.

“It is with pride and great respect that we operate portions of our mountains on lands managed by the United States Forest Service,” said Andy Wirth, president and CEO of Squaw Valley Ski Holdings, the parent company of Squaw Valley Alpine Meadows. “It’s particularly fitting for the USFS and our company to not just celebrate our partnership but also promote the upcoming Audi FIS Ski Alpine World Cup.”

For more information about the Tahoe National Forest, go to fs.usda.gov/tahoe.

LaCrosse to Consolidate Distribution in Indianapolis