America’s largest and most powerful footwear trade association released a production code of conduct last week to clearly communicate to its members how it expects them to drive positive change in their offshore factories.

The Footwear Distributors & Retailers of America’s (FDRA) Footwear Production Code of Conduct focuses primarily on social compliance issues that have come to the fore in the wake of fires and building collapses that killed hundreds of garment workers in Pakistan and Bangladesh in recent years. Six of its 21 pages address topics such as the right to collective bargaining, child labor, worker safety and compliance with local wage and hour laws. Three of those pages are dedicated to building and fire safety standards.

The code comes as FDRA continues to lobby Congress to lower tariffs on imported footwear and amid growing scrutiny of Western brands’ offshore factories by labor, environmental and even animal welfare groups.

“This Code will help all footwear companies, large and small, establish key uniform standards for all of their suppliers, all around the world,” said Greg Tunney, president and CEO of R.G. Barry Brands and chairman of FDRA. “This will help us create clear lines of communication and push compliance-troubled factories to conform or risk their business shutting down.”

The code is based on standards shared by more than a dozen leading companies as well as the input from a Factory Enhancement and Sourcing Committee that includes executives from Wolverine, Walmart and Brown Shoe Co.

“If suppliers to FDRA member companies work to adopt this important code, I am confident we will continue to enhance operations throughout the global footwear supply chain,” said Mike Jeppesen, the president of global operations at Wolverine who chairs the committee.

Recent corporate sustainability reports indicate social compliance remains the biggest challenge for western brands. Timberland disclosed last week that it found that nearly 43 percent of the factories it audited in 2013 required employees to work more than 60 hours a week, or 12 hours per day or more than six days consecutively at some point in 2013, compared to 37.2 percent in 2012. Nearly nine in 10 factories, or 8.7 percent, failed to pay minimum wages, compared with 9.2 percent in 2012, according to the company's responsibility report. All those factories would also been out of compliance with the FDRA’s Code.

Timberland, which is widely recognized as spearheading sustainability, was able to report better progress against its environmental goals. For instance, the company reported that 59.2 percent of its annual production came from 36 factories that attained a Level 2 rating by the Global Social Compliance Program (GSCP), up from 32 percent of production in 2012. That was well ahead of the company’s 2013 goal of 51 percent. Timberland’s has set a goal of obtaining 100 percent of its production from GSCP Level 2 and higher factories be the end of 2015.

Editor’s note: Welcome to the upside down world of 21st Century capitalism, where the capitalists pressure their suppliers to increase their costs. The ultimate test of sincerity in this sustainability movement will come when the factories ask for better pricing so they can provide the higher salaries and better benefits unionized work forces will inevitably demand. What happens then? 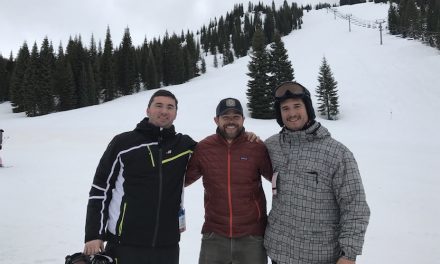