Amer Sports said double-digit growth at five of its eight businesses enabled it to preserve margins in the third quarter despite a delay in peak shipments of winter sports equipment and a challenging exchange rate environment.

The Finnish company, which owns the Salomon, Wilson, Atomic, Arc'teryx, Mavic, Suunto and Precor brands, reported sales reached €608.9 million ($807 mm) in the quarter ended Sept. 30, compared with €601.9 million in the third quarter of 2012. While that was an increase of 7 percent in currency-neutral (c-n) terms, it translated to just 1 percent growth after adjusting for currency translations.

Category sales growth in descending order was apparel, 19 percent; sports instruments, 15 percent; footwear, 11 percent; fitness and team sports, 10 percent; and individual ball sports and winter equipment; -3 percent. Geographically, net sales increased 8 percent in EMEA; 4 percent in the Americas; 18 percent in the Asia-Pacific region; 15 percent in emerging markets and 12 percent in business-to-consumer. Sales grew at a high double-digit rate in Russia and remained robust in China and Latin America, although trade barriers continue to undermine the pace of growth in the latter region.

The Winter and Outdoor Segment, which generated 69 percent of sales during the quarter, increased sales by 7 percent c-n to €420.6 million with growth of 6 percent in EMEA, 4 percent in the Americas and 13 percent in Asia Pacific. Winter Sports Equipment (Salomon and Atomic) sales, however, slipped 3 percent c-n to €151.6 million, due to some pre-season shipments being pushed into the fourth quarter. Net sales of alpine ski equipment and cross country ski equipment were flat with year earlier levels, while snowboard sales decreased. Net equipment sales increased 3 percent in the Americas, declined 5 percent in EMEA and 13 percent in Asia Pacific.

“We've seen that the customers take the product in a few weeks later,” he said, adding that it will still reach store shelves by November in plenty of time for the holidays. “I would say that this is more a sequencing than anything else.”
Winter and Outdoor Footwear (Salomon) sales increased 11 c-n to €100.0 million, with especially strong growth coming from the Americas and Asia Pacific. Winter and Outdoor Apparel (Salomon and Arc’teryx) sales increased 19 percent c-n to €105.4 million with strong growth across all regions. Cycling’s (Mavic) net sales were €33.1 million, up 8 percent, while net sales of Sports Instruments (Suunto) reached €30.5 million, up 15 percent. Outdoor instruments and Training increased by 18 percent and diving instruments by 10 percent.

“It was a very solid quarter,” said President and CEO Heikki Takala. ”And this is important, especially given the fact that we had minus 3 percent in winter sport equipment. Again, footwear, apparel, cycling, sports instruments – all of these categories showed good, solid, robust, double-digit growth.”

In the Ball Sports (Wilson) Segment, net sales increased 3 percent c-n to €116.7 million, but that translated to a currency adjusted decline of 4 percent as the Euro appreciated against dollar.  Sales slipped 2 percent in EMEA, rose 4 percent in the Americas and were flat in Asia Pacific c-n, but declined 4, 2 and 14 percent respectively on a currency adjusted basis. Team Sports sales rose 10 percent to €51.4 million while sales of Individual Ball Sports slipped 3 percent c-n to €65.3 million. Sales of baseball bats increased 28 percent, nudging trade inventories toward normal levels. But the growth was against muted by the weak dollar. Lower Individual Ball Sports sales were driven by a decline in sales of tennis racquets partially offset by strong growth in tennis balls, footwear and apparel.

In the Fitness (Precor) Segment, net sales increased 10 percent to €71.6 million with particularly strong growth (+10 percent c-n) in the Americas and the Asia-Pacific (+24 percent c-n), where growth in Japan and Australia offset declines in China. Sales in EMEA grew 6 percent. Commercial and consumer, or home, sales were up 9 and 14 percent respectively.

Companywide, gross margin dipped 30 basis points to 45.0 percent due largely to the depreciation of the yen and rising freight costs as the company played catch up with rising demand for footwear. Selling and marketing expenses were flat at €129.8 million, while administrative and other expenses declined 2.8 percent to €45.9 million, for a combined 28.9 percent of net sales, down 50 basis points from the third quarter of 2012.

Earnings before income taxes (EBIT) increased 1.5 percent to €82.5 million ($109 mm), or 13.5 of sales, which was flat with a year earlier. EBIT of €87.4 million in Winter and Outdoor and €6.2 million at Fitness more than offset EBIT of -€2.1 million at Ball Sports and -€9.0 million in Headquarters costs. The decline of the dollar against the euro actually enhanced EBIT because Amer Sports pays Asian suppliers in dollars. By contrast, the decline of the ruble, and the yen in particular, hurt margins.

“Just an example, our year-to-date growth in Japan was double-digit in local currencies, whilst was negative in reported currencies,” noted CFO Jussi Siitonen.

Negative net cash flow after investing activities swelled to a -€119.3 million (-$158 mm), compared with -€78.1 million in 2012 due in part to the later shipment of winter goods. The company ended the quarter with inventories and work in progress valued at €662 million, up 3.5 percent and debt of €573.4 million, or 78.6 percent of shareholder equity, up 580 basis points from a year earlier.  With cash and unused credit facilities totaling €310 million, Siitonen said the company had plenty of cash for quarters to come.

The company ended the period with 7,396 employees, up 116 from a year earlier.

“We continued our performance improvement in Q3 and delivered strong broad based growth, despite the challenging trading conditions and significant currency fluctuations,” said Heikki Takala, president and CEO. ”Our topline momentum was logically driven by solid double-digit growth in our strategic focus areas Apparel and Footwear, Emerging Markets, and Business to Consumers. The good momentum continued also in Suunto and Fitness which both grew at double-digit rate. Importantly, we also saw first signs of rebound in Team Sports behind a normalization of the baseball market inventory situation. In Winter Sports Equipment our delivery peak is later than last year, hence the slight decline in Q3. I'm overall pleased with our business progress. We stay the course and continue executing with confidence.”

Amer Sports said it expects currency markets to remain challenging for the balance of the year. It still expects net sales growth in local currencies to at least meet its long-term annual target of 5 percent, while EBIT margin – excluding non-recurring items – is expected to improve from 2012. The company will continue to focus on softgoods growth, consumer-driven product and marketing innovation, commercial expansion and operational excellence. 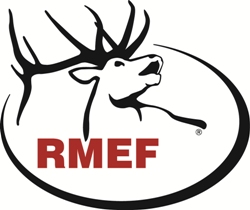