Fleet Feet, Inc. may not be posting growth at the meteoric rate of recent years, but the franchisor of specialty performance sports stores is still posting gains that are the envy of the retail market.  The company reported that its franchisees saw sales grow 12% to $47.3 million in the first half of 2009. The strongest month was June, when sales jumped 14.1%. Comps increased 8.4% for the first half and 11.1% in June.


In an interview with Sports Executive Weekly, Tom Raynor, Fleet Feet Inc. chairman and CEO, said he believes the strong gains reflect the continuing focus by the company's franchisees on both customer acquisition and customer service at the store level.
“Strong adoption and ongoing training, including at our National Conference in Maryland and at our corporate headquarters in Carrboro [North Carolina], to fully execute our F.I.T. Process drove substantial increases in footbed, sock and sports medicine sales,” said Raynor. “SuperFeet and Balega had outstanding results in the first half of the year and easily outpaced our overall growth. Again, the tools we provided the franchisees and which they continue to use and we continue to refine, including our customer experience survey and Balanced Score Card, allow objective measurement of individual store performance.”
On the footwear side, Saucony, driven by the new Omni 8 model, made some major gains in the period, increasing their market share by two percentage points at Fleet Feet.  “The 758 from New Balance has been a home run as well, we expect it to drive a lot of market share gain in the second half of 2009 and into 2010,” added Raynor.
Raynor also said that Fleet Feet results, along with discussions with vendors and independent retailers, indicate that running continues to be a healthy category and activity.  “When the lead story on ESPN’s Sportscenter confirms that [Jamaican sprinter] Usain Bolt is the most exciting athlete in any sport, people get excited about the sport,” said Raynor. “Hopefully that translates to some excitement for younger athletes in perhaps choosing running as a sport.”
He also still sees “unbelievable opportunities to get people off the couch, out the door and moving. If we could tap into the consciousness of the huge segment of the population that needs to eat less and exercise more, we'd make a real impact on health care and quality of life for a lot of people.”
Overall, Raynor believes Fleet Feet stores aren't seeing much broad impact from the recession.  “They still have to acquire customers and deliver consistently excellent service to thrive in this economy,” said Raynor. “It may be a little more difficult than when the rising tide was lifting all boats but as Warren Buffet says, ‘You don't know who's swimming naked until the tide goes out!’”
Internally, Bridget Duffy joined Fleet Feet as Saucony brand manager and Jillian Wiederer is its new Moving Comfort and Enell brand manager. Jason Jabaut has been promoted to operations analyst to help provide more support services to its stores.
Robyn Goby, marketing manager and the longest tenured Fleet Feet employee at 16 years, has moved from Boulder, CO to corporate offices in Carrboro, NC to work alongside company President Jeff Phillips. IT manager Kelley Martin Krall has returned to North Carolina from a move to Pennsylvania.
Fleet Feet's program with New Balance, No Boundaries “has had tremendous growth,” said Raynor. It encourages generally inactive people to complete a 5K Goal Race, either walking or running.
“The four year partnership with New Balance has yielded some incredible stories, allowed us to appeal to a segment of our communities we might not reach with our conventional approach and provided a great deal of motivation and pride in the people in our stores,” said Raynor. “We're also working with Saucony on a youth running program, First Strides. After our initial test programs, we believe it will offer us the complete family experience, to enjoy running and make it a part of an activity the whole family can be involved in.”
Regarding expansion, Raynor said Fleet Feet remains “extremely cautious on development” due to both concerns about the economy and a smaller pool of qualified candidates than past years. He noted that people with jobs “are less likely to leave them to open a store in this economy.” He also noted that many potential locations with high-rental rates that have opened up don't fit Fleet Feet's financial model.  Fleet Feet ended the first half with 90 stores.

He noted that Specialty Retail Development Company (SRDC), a separately run company set up to acquire and open Fleet Feet stores, will open its first new store under the SRDC model this year, “partnering with a couple in a great market who have both the passion for the business and who will invest personal financial resources.”  SRDC now has 10 stores, including several acquired from former Fleet Feet franchisees. It plans to acquire two or three stores this year, all of which could be independents.  “The SRDC has become integral to our strategy at Fleet Feet Inc. and, even though it operates as a separate company, is aligned closely with the goals and mission of Fleet Feet, Inc.,” said Raynor.
The franchisor also noted that it continues to gain national attention. Fleet Feet, Inc. made Inc. magazine's list of the 5,000 fastest-growing private companies in the U.S. for the third consecutive year.
>>> Strong story and way ahead of the curve versus other credit-challenged specialty retailers… 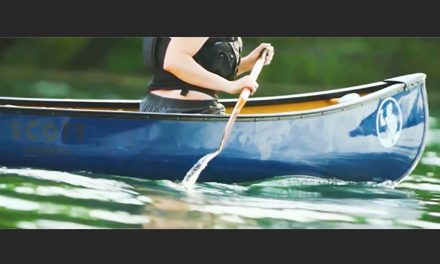