With the quiet period following its June IPO lifted, a number of Wall Street firms delivered bullish reports on Fitbit, which has already more than doubled since going public on June 18. Four of the nine investment banks – Deutsche Bank, Stifel, SunTrust Robinson and Piper Jaffray – rated the stock “buy.”

Price targets ranged from $42 (Morgan Stanley) to $57 (Stifel). Analysts were somewhat split as to the impact Apple will have on the wearable market as it increases production of its watch.

Deutsche Bank, with a $50 price target, thinks the stock is “fit for further upside.”

“Clearly some of the ‘easy money’ has been made in the doubling since the IPO, and the FIT story is not without significant risks including the customary lock-up expiration pull-back we expect in the next few months, but we view the risk/reward as favorable,” the firm wrote in its note.

Suntrust, which came out with a price target of $50, said Fitbit has a “strong revenue growth rate” of 150 percent with “solid growth margins,” according to analyst Robert Peck. Peck also reiterated that the company was “growing profitably” with $140 million in expected net income in 2015.

Peck added, “We believe devices are just one part of the Fitbit story  the part that is immediately visible and has been the growth driver to date.” He noted Fitbit has the potential to expand into fitness-oriented services that complement its physical trackers. Fitbit could become a “one-stop hardware/service solution to peoples’ health and fitness concerns,” Peck said.

Morgan Stanley, with a $42 price target, wrote that that although Apple is a much bigger company with its own device, their estimate of 17 million Fitbit sales this year is still intact. “What’s more, Apple Watch likely won’t convert full purchase intentions indicated in the survey until Watch 2.0 launches and supply/distribution improves,” the company released.

Still, Morgan Stanley analyst Katy Huberty said, “We can't ignore Apple, though overlap limited near-term.” The analyst also argued that Apple was too dominant a player in technology to “not assume some share loss” in the future.

Barclays has an “Equal weight” rating on the stock, with a price target of $45. Barclays analyst Matthew McClintock wrote, “We believe that Fitbit’s market share dominance is difficult to replicate and likely not changing in the near term…In particular, we note that despite all the hype and media attention regarding the Apple Watch, Fitbit has quietly outperformed Apple in terms of Google search activity in the past few months.”

Barclays still was among those citing concerns about the unproven wearables market. “Our stretch upside case of $6 billion in revenue by 2018 appears somewhat expensive today given the substantial uncertainty within this early stage, constantly evolving industry,” wrote McClintock.

Piper Jaffray came out with price target of $52 and an “Overweight” rating. Piper Jaffray analyst Erinn Murphy wrote, “While there is a rising tide of competition, we believe the two most attractive characteristics of the company are, one, the strength of the brand and, two, the accessibility of the brand across multiple ages, incomes and geographies. With superior growth metrics to-date and the significant potential for global growth and new product introduction, we believe FIT has the characteristics to trade similar to high-growth, consumer-facing brands such as Under Armour, GoPro and LinkedIn.”

Stifel analyst Jim Duffy, who has a $57 price target, believes Fitbit can “create further distance from competition” by leveraging its brand and putting IPO revenue to work through research and development, international expansion and marketing. Stifel’s note said, “The more holistic $US200 billion global health and fitness services market has strong secular tailwinds and we see the use of technology for fitness and wellness applications as a megatrend within this category.” 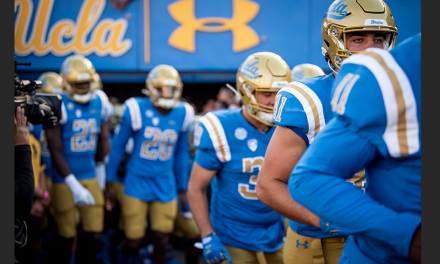 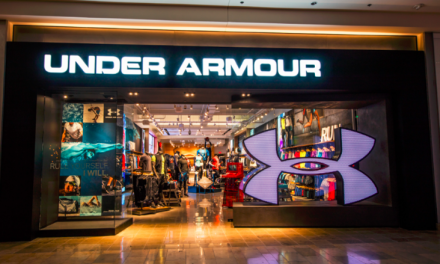