Jarden Corp.’s Outdoor Solutions segment earned nearly 11 percent more in the first quarter on slightly lower sales as better than expected performance in warm weather categories such as fishing and new spring technical apparel from Marmot offset the effects of the mild winter on its winter sports brands.

The segment, which owns the Abu Garcia, Berkley and Shakespeare fishing brands and Marmot outdoor apparel brand as well as the Rawlings and Penn ball sports brands, reported sales of $670.1 million in the first quarter ended March 31, down 1.1 percent from the first quarter of 2011. Earnings increased 10.7 percent to $71.6 million, from the year earlier quarter. Operating earnings after depreciation and amortization but before taxes reached $57.8 million, up 15.6 percent from a year earlier. That represented 8.6 percent of net sales, up 120 basis points from a year earlier.

Winter sports sales came in as expected during the quarter, keeping JAH on pace to generate $25-$30 million in winter sports sales in 2012. JAH announced in February it expected its ski and snowboard product sales would decline up to 50 percent this year as its snow sports dealers worked through 2011/12 winter inventory that never sold due to unusually warm weather. While dealers are cutting back their winter sports orders, however, CEO Jim Lillie said that small, regional sporting goods chains and mom and pop specialty retailers were becoming more receptive to building inventory of other products as sell-through and the economy improve.
Executives said they don’t see the early surge in fishing sales cannibalizing second quarter sales. They also noted that they are comping against weak 2011 results in the current quarter, when widespread flooding in the United States hurt fishing sales.
“If it's pull forward it would be because retailers were taking it and putting it into inventory,” said Chairman Martin Franklin. “The reality is, we've seen strong sell through at POS. And, I think a lot of it is because if the weather is good to go out fishing, people go out fishing. I don't think that's going to detract — at least the view internally is that it isn't going to detract from our go-forward revenue.”
On the team/ball side of the business, shipments of new BBCOR-compliant bats are proceeding as expected as high schools and colleges across the country transition to the technology, which is designed to slow the speed of baseballs coming off of bats. California transitioned to the bats in 2011.
Jarden’s Outdoor Solution segment owns the Abu Garcia, Aero, Berkley, Campingaz and Coleman, ExOfficio, Fenwick, Gulp!, K2, Marker, Marmot, Mitchell, Penn, Rawlings, Shakespeare, Stearns, Stren, Trilene, Volkl and Zoot brands. 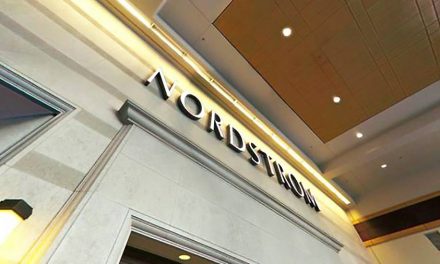