But comps increased only 1.5 percent, a pullback from the 5.5 percent gain seen in the first quarter with both running and basketball footwear losing some momentum. Management said sales so far in its third quarter are below plan but it still reiterated its guidance for the year.

On the positive side, management said the Finish Line accelerated its progress around its omnichannel efforts, and also saw a strong performance in its in-store shops inside Macy’s. Running Specialty Group (RSG), its operating segment targeting the run specialty channel, continues with its efforts to improve profitability and made a major decision to rebrand all its banners to JackRabbit over the next two years.

“Our team did a fine job managing expenses and inventory, while working closely with our brand partners to deliver a solid earnings performance on modest top line growth,” said Glenn Lyon, chairman and CEO, on a conference call with analysts.

On the category side, Q2 footwear comps were up 1.6 percent driven by a mid-single-digit increase in ASPs, while the soft goods comp was up 0.8 percent.

September comps month to date were up low-single digits, and tracking towards the low end of its sales guidance range.

The footwear comp gain was led by women's, which was up mid-singles, according to Sam Sato, president, Finish Line Brand. Kids was up slightly, while men's was down low singles.

Women's strength continued to be driven by strong appeal for casual styles such as Roshe Run and Juvenate from Nike, New Balance retro-inspired products, and the new iteration of Chuck Taylor by Converse.

Basketball comps were up low-single digits for the quarter. Sales of Under Armour's Steph Curry signature sneaker “remained explosive,” while retro styles and signature products, particularly the Kyrie Irving shoe, continue to fuel its Jordan and Nike businesses, respectively. Similar to the growing popularity of casual and retro running silhouettes, Finish Line is seeing increased demand for retro and casual styles, in general.

“During the quarter, styles like Superstar and Stan Smith, both by Adidas, and Nike's Air Force Ones all performed extremely well,” said Sato.

Kids footwear was led by retro Jordan, signature basketball and Roshe Run from Nike and Under Armour's Steph Curry model.

Soft good comps reflected a mid-single-digit gain in apparel, offsetting a decline in accessories due to strong gains in socks during the year-ago period. Most encouragingly, Sato said the margin decline Finish Line experienced the last several quarters in soft good moderated significantly in Q2.

In August, Finish Line announced the opening of the Puma Edge in-store shop. In the next few weeks, a new brand campaign will launch featuring a high-profile, two-time NBA All Star and an iconic hip-hop artist.

On the product front, Finish Line is particularly partnering with Under Armour, beginning with the launch of the Curry Two in October and continuing with an exclusive position in running in December.

From Nike, Sato has high hopes for the new Air Max 2016, as well as several styles from the Nike sportswear Air Max franchise, and new iterations of the Roshe Run. The retro and casual movement will continue be driven by styles like Air Huarache, as well as fresh updates from New Balance and Adidas.

In basketball, positive comps are expected in the back half, led by Kyrie Irving, retro Jordan and new versions and color ways of Under Armour's Steph Curry signature shoe. Women’s is expected to continue to show strength, led by Nike’s sportswear offerings.

“We are also seeing a great response from the Chuck Taylor collection, and our improving product assortment, combined with the enhanced service and customer engagement capabilities we outlined have us well-positioned to execute against our mission, and fuel consistent top and bottom line growth,” said Sato.

“Our recent efforts to increase the productivity of the enterprise are bearing fruit, namely the investment in our top shops aimed at improving adjacencies and optimizing square footage, to drive higher traffic,” said Lyon.

Lyon noted that in the last three months, the company has repositioned and expanded 20 percent of its shops, which collectively are exceeding expectations.

“We also see the opportunity to further improve sales and product margins at Macys.com, by leveraging great traffic levels, and our new store fulfillment capabilities for the web,” said Lyon. “The new planning and allocation system that is now live for Macy's will also enable us to better merchandise by location, and fuel increased inventory turns. We feel good about our recent performance, which is reinforcing our level of confidence in exceeding long-term goals we've established for the Macy's business.”

The JackRabbit chain, based in New York City, was acquired by RSG in March 2014. Said Lyon, “Based on extensive research, we found that this name will resonate well with a broad audience of US consumers, and will generate strong brand loyalty over time.”

The RSG chain at the start of this year shifted away from expansion toward improving profitability since profits were missing expectations. Lyon said RSG is making progress in seeking to take greater advantage of The Finish Line’s size and experience, especially when it comes merchandise selection. The RSG leadership team was also strengthened with a new chief marketing officer and a chief merchant.

“Make no mistake, we have had challenges as we have transitioned some of the acquired operators from an entrepreneurial mindset to a culture focused on growth and profitability,” said Lyon. “These businesses succeed with their great service, deep community roots, fittings and social runs, and we're integrating those best practices with The Finish Line model to achieve consistent top and bottom-line growth.”

“These steps will result in positive change,” added Lyon. “Like any business, this division must achieve certain milestones, both operationally and financially, to ensure that we are maximizing return on our investment. Most importantly, we must deliver against the expectations of our customers.”

At the quarter’s end, inventory was up 11 percent on a consolidated basis, driven by higher receipts to support September demand, due to the later Labor Day versus last year. Inventory turns at Finish Line remain over 3 times, and “inventory aging, as always, is very clean,” said Ed Wilhelm, CFO. 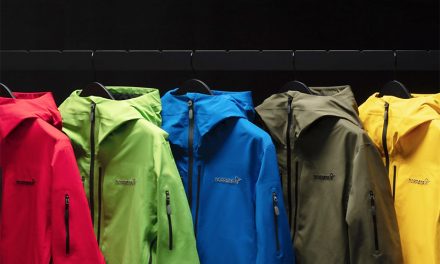