Fila announced that the company has signed a sponsorship agreement with Leo Borg, son of tennis legend and Fila brand ambassador, Bjӧrn Borg. Earlier this year, Fila reignited the company’s partnership with Bjӧrn Borg, a relationship that dates back to 1975.

Leo, who recently turned 15 years old, was ranked No. 1 in the Under-14 age group in Sweden and captured the U14 Swedish Masters title last November. Also among his accomplishments in 2017 were victories at the Iceland Open U16, the Toyota Cup U14 and the Kystmesterskaberne U14, as well as a quarterfinal round appearance at the Junior Orange Bowl U14. This year, he was the Salk Open U16 winner.

“We are thrilled to partner with Leo as we continue our commitment to the next generation of tennis players,” said Gene Yoon, global chairman at Fila. “As the newest member of the Fila family, we are excited to support Leo as he strives to leave his own mark on the game.”

As part of the sponsorship agreement, Leo will wear Fila footwear and apparel on and off the court. He will begin to appear in advertising for the brand in 2019.

“It’s an honor to represent Fila, a brand that has played such an important role for my father,” said Leo Borg. “I am grateful for this opportunity at such an early stage in my career.”

Fila has a long and distinguished history in the world of tennis that continues with endorsements of ATP World Tour and WTA Tour athletes. Fila is a sponsor of the BNP Paribas Open, the Dell Technologies Tennis Hall of Fame Open, the Rogers Cup and Coupe Rogers, the Porsche Tennis Grand Prix, the Mercedes Cup, the Argentina Open, the Rio Open, the German Open and the Junior Orange Bowl International Tennis Championship. In addition to event partnerships, Fila is an official supplier to Tennis Canada, Junior Tennis Champions Center, Van der Meer Tennis, John Newcombe Tennis Ranch and the Kim Clijsters Academy in Belgium. 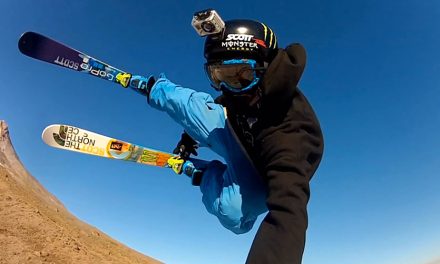 GoPro Q1 Revenue Cut In Half On COVID-19 Softness