The European Commission organised a seminar in Brussels, in conjunction with Belgian Customs Service, to introduce new measures to tackle the threat posed by counterfeit goods. The seminar, part of the Commissions Customs 2007 program, brought together operational experts and specialists from trade and industry including customs officers from more than 30 countries. This combined expertise harnessed to develop new ways to tackle the illegal trade in counterfeit products. The seminar followed the adoption of a Customs Regulation in July 2003 (EC 1383/2003) to improve and extend the scope of the rules allowing customs authorities to seize goods suspected of being counterfeit.

The 27th and 29th October were devoted to various presentations, from both the public and private sectors, dealing with the large variety of operational aspects involved in combating counterfeit goods. Representatives of the European Commission Directorate General on Taxation and Customs Union presented some new facets of counterfeiting insisting on the highly organised criminal organisations set behind counterfeit productions and on the need for the private sector to place an “Application for action”. The European statistics for 2002 were also commented and they confirm some of the new trends for the year 2003: increase in the number of seizure (not only at import but also at export from the EU), the increase in the applications for action placed by the private sector and the permanent evolution of counterfeiters in finding new paths to trade in counterfeit goods.

The European Commission Head of Unit Customs Modernisation and Control highlighted the major lines of the new Customs Regulation. He commented the increased effectiveness, coverage and the reduced costs of this new legislative tool, which will be law in July 2004. The reasons underlying the need of this new legislation were mainly linked to the major growth in counterfeiting, the upcoming EU enlargement and the increased risk for the health and safety of the European citizens as well as world citizens.

The 28th October was devoted to the visit to the services responsible for combating counterfeit at the port of Antwerp and Brussels International Airport (Zaventem). FESI had the pleasure to participate at both visits in order to better cover all aspects for its own members.

Customs officials also agreed on the content and use of a Risk Management Guide aiming at better targeting counterfeit goods. This guide should be providing customs officials with specific methods and techniques to analyse the goods travelling documents (either the airway bill or the bill of lading) and to be able to detect fakes.

On November 20-21st 2003, Dublin hosted the first European Congress on developing public/private partnerships to tackle organised crime. The conference was held under the auspices of the European Commission, the incoming (2004) Irish and Dutch Presidencies and Europol. The conference brought together more than 300 public and private sector representatives from EU Member States and Acceding Countries.

The over-riding objective of this groundbreaking Congress, contained in the draft Dublin Declaration, was to explore ways in which the potential harm from the activities of organised crime can be identified, measured and prevented. Innovative thinkers from the private and public sectors and academia gathered to debate and develop ways to tackle this global threat that, if left unchecked, will increasingly cause serious harm to governments and business sectors. Speakers and delegates also underlined the need to synchronise European criminal intelligence systems and to establish common goals and priorities in Member States law enforcement services. They also commented the importance to establish a common language for European crime statistics to help in the assessment of crime trends, to benchmark policy effectiveness and to facilitate comparison.

Pursuant to the conclusions of the seminar and in conformity with the Dublin Draft Declaration, FESI has identified a number of specific actions that could be undertaken in order to emphasize the sporting goods sector activities to strengthen the fight against counterfeiting and to enhance the industry cooperation with the public sector. 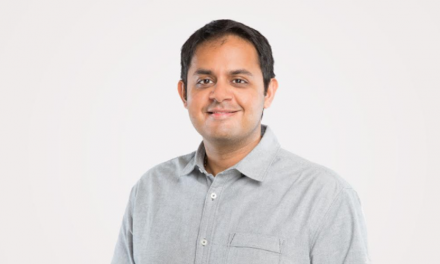 Patagonia Partners with A52 Warehouse for Canadian Logistics